SAN FRANCISCO, CA – Banks and Wall Street are all playing a role in exacerbating Oakland’s displacement crisis, as a new report from the California Reinvestment Coalition (CRC) and the Anti-Eviction Mapping Project (AEMP) shows. Disrupting Displacement Financing in Oakland and Beyond uses public data and mapping technology to analyze how banks and other financial firms engage in co-conspiratorial relationships with serial evictors to displace tenants.

First Republic Bank, a bank with assets of $90 billion that markets itself towards an upscale clientele, was identified as the worst offender in financing displacement of families in Oakland. Local nonprofit groups and Oakland Rent Board data analysis showed that First Republic had the most deals with serial evicting property owners such as Neil Sullivan and JDW Enterprises Inc. Sullivan received a few hundred loans from First Republic to purchase foreclosed homes. He then filed over 500 petitions with the Oakland Rent Board to evict tenants.

“We are alarmed by the extent of displacement financing, and alarmed at how egregiously First Republic Bank has engaged in this harmful lending. First Republic Bank, long a bank for the wealthy, now appears to be a bank that actively seeks to displace people from the homes they have been in for generations,” said Paulina Gonzalez, Executive Director of the California Reinvestment Coalition.

“Increasingly, we are seeing speculators and landlords buying properties with a few units, and moving to displace the tenants living there. The tenants we represent are often long-term Oakland residents and people of color. The owners understand the limitations of the rent control ordinance and circumvent tenant protections. The tenants they bring in after displacement tend to be white, with the apparent thought that this will increase their property values. The new tenants may themselves have had to relocate from expensive housing situations,” said Leah Simon-Weisberg, Managing Attorney of Centro Legal de la Raza.

Manuel Briceno and his family have lived in their Oakland home since 1998. They had rent control and paid $667 a month. When his landlord sold the building, it was purchased by JDW Enterprises, who tried to charge them $3,000 a month. JDW Enterprises has threatened him with eviction notices and court cases in an effort to get his family out of the unit so they can raise the rent. “What is going to happen to us?” Manuel asked. “He’s raising rents unfairly and unlawfully, and my family and I cannot pay that. He’s trying to kick me out of my house.”

Oakland is ground zero for gentrification and displacement in the Bay Area; lack of affordable housing has pushed out communities who have made Oakland their home for generations, most notably communities of color. Hardest hit by rising rent and the high cost of buying a home are African Americans, Latinos, and Asian Americans. Since 2000, Oakland has lost 30% of its African American population. Homelessness increased 36% in Alameda Country from 2016 to 2017. In Oakland, the average rent for a 2-bedroom apartment in 2016 was $3,284.

CRC and AEMP research findings show that eviction proceedings have grown in Oakland, with 49,243 eviction notices served between 2009 and 2015. In the last six years, over 130 buildings have been removed from rent control protections in Oakland, and will likely never again be affordable to working families.

“Banks are the ones behind displacement. It’s widely understood that we have a displacement crisis in the Bay Area and elsewhere in California, but we’re not talking about the fact that we have a displacement financing crisis,” said Kevin Stein, Deputy Director of the California Reinvestment Coalition, and author of the report. “Banks need to own up to this and develop policies that prevent displacement, and instead, re-invest to promote stability and build wealth for tenants, homeowners, and small business.”

The report makes several recommendations to banks and several policy recommendations on local, state, and national levels. Banks should help meet community credit needs and cease financing displacement, which they can do by committing to CRC’s Anti-Displacement Code of Conduct. The Code of Conduct requires banks to develop policies that minimize the risk of financing displacement such as establishing due diligence practices, underwriting to current rents instead of market rents, and calling in loans if borrowers act contrary to loan commitments. The Code of Conduct also encourages reinvestment in communities through an anti-displacement lens.

Policy recommendations for the City of Oakland include better enforcement of the Rent Adjustment Program, collection of better data to inform local policies, and expands protection for local residents. Policy recommendations for the State of California include repealing Costa-Hawkins so that local rent control ordinances can protect tenants, passing a strong Affirmatively Furthering Fair Housing bill (AB686), and ensure that Opportunity Zone investments do not displace residents and businesses. At the federal level, the report calls for greater use of Community Reinvestment Act examinations to ensure appropriate behavior by banks, and implementation of HUD’s Affirmatively Furthering Fair Housing rule.

“AEMP has always found it important to understand the speculators and actors behind evictions, but until this project with CRC, we had never fully investigated the funding behind serial evictors in Oakland. This research is just the beginning of a long road ahead of us in fighting displacement,” said Erin McElroy of the Anti-Eviction Mapping Project.

More information can be found about CRC’s work at www.calreinvest.org.

CRC builds an inclusive and fair economy that meets the needs of communities of color and low-income communities by ensuring that banks and other corporations invest and conduct business in our communities in a just and equitable manner. 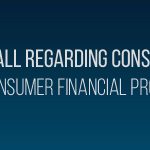 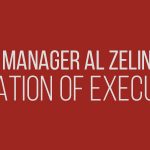