The California Senate advanced legislation that would cap the interest rates for the consumer’s loans, a measure that the proponents say is designed to blunt the predatory lending practices.  The bills cap the consumer loan interest rates at 36 percentage points above the main interest rates set by the federal reserve, which is currently at around 2 percent. The consumer groups in the state say that some loan companies charge interest rates that are as high as 225%. This legislation applies to loans between $2,500 and $9,999 and it would also require the lenders to offer borrowers a credit education summary.

Of late, the idea of predatory lending has drawn a lot of attention, with people led to believe that it involves large institutions such as banks and subprime lenders who exploit the vulnerable and struggling homebuyers and homeowners in distressed neighborhoods.

In California, the state, and local prosecutors are shifting the norm and focusing more on the small lenders, real estate brokers, mortgage brokers, appraisers and so many other individuals for the crimes that relate to predatory lending.

Lending falls under predatory lending classification and crime in the state when the lender managers the loan transaction to extract the maximum value for itself without regarding the borrower’s ability to repay the loan.

For most predatory lending schemes;

This is something common with most predatory loans. These lenders have a variety of public information that they use to target their potential customers. They prey uneducated, unsophisticated individuals who lack the ability to scrutinize the involved paperwork and the loan terms.

It is also not uncommon to find these lenders preying on households that have limited incomes but significant equity, for instance, homes that are owned by the elderly.

To reach their targets, these lenders will engage in direct telephone calls, door-to-door solicitation, direct mailing and TV commercials. Well, in and of themselves, these channels are not wrong, in fact, they are valuable marketing strategies that most people use.

However, these activities become illegal when the lender engages in fraudulent behavior by directing these techniques to vulnerable homeowners in an effort to make money rather than to meet the needs of the customers.

Another common thing you will find with these predatory lenders is that they fail to explain the loan terms, by omitting some references to a balloon payment or even discouraging the borrower from exploring a lower cost option are some of the tactics that turn an otherwise legal transaction into an illegal one.

The Assembly Bill 539 focuses on ending a decade long practice of charging borrowers taking out loans between $2,500 and $10,000 with an interest that exceeds 200 percent. Nationally, the rate will be capped at a recommended 36 percent, a move that is considered a compromise between the lenders and consumer advocates.

“Many Californians living paycheck to paycheck are exploited by predatory lending practices each year,” Newsom said. “Defaulting on high-cost, high-interest rate installment loans push families further into poverty instead of pulling them out. These families deserve better, and this industry must be held to account.”

“Predatory lending has been an issue in our state for a very long time,”  Assemblywoman Monique Limón said this summer during a rally at the Capitol for AB 539. “This piece of legislation is really about tackling one of the hardest issues that this state is trying to tackle. Which is how we help those who are in need who are looking at financial services and products as a way to get out of poverty? One in three individuals who take out this product go into debt and default.”

According to Limón, this new law is nowhere near perfect

A borrower taking out a $2,500 loan, with a 36 percent interest could still face a $4,122.36 total bill on a 36-month repayment plan, this is according to the Safe Affordable Credit Coalition which is the organization behind the bill.

One more thing to note is that the bill only covers the loan product itself, and not the ancillary costs, for instance, the credit insurance that is often defaulted into the service. These extra costs can increase borrowing by more than a third, as they are not regulated by this new law.

The new law comes at a very good time when people are increasingly turning to mid-sized installment loans when they find themselves in a financial crunch and have a few other options. By signing the law, California became one of the last states to regulate interest rates on these growing loans.

Critics of this bill including the Black and Hispanic chambers of commerce argued that rate capping could put some lenders out of business and also cut off loan options for the vulnerable Californians.

“I would suggest that we not feign naivete about credit,” Democratic Sen. Holly Mitchell said in response to critics. “To assert or assume that you can earn credit by being taken advantage of someone who is going to charge you 200% on a $2,500 loan is just not the case.”

Here’s what I think, predatory lending is driven by greed and is no way fulfilling any need. With this bill, lenders will not be able to victimize unwitting borrowers, who are often the people of color. 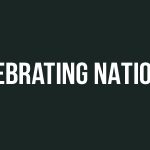 February 1st – National Freedom Day
Big Tech Companies in Silicon Valley to inject billions to ease up the housing situation. Will it Help?