Consumer debt consists of the debts that you owe as a result of purchasing goods which are consumable and/or do not appreciate. It is what you (personally) owe as opposed to what the government or business owes. Consumer debt is often used alongside the household debt as both are connected with credit cards, mortgages, auto loans, and payday loans. However, you should note that home mortgages are personal investments. Consumer debt is also called consumer credit and can be borrowed from a bank1, a credit union or the federal government among others. Consumer debt can be classified into two classifications; revolving credit2 and installment credit. The most common form of the revolving consumer debt is the credit card3. The reason why it is referred to as a revolving credit debt is that it is meant to be paid off each month and the payments incur a variable interest rate that is pegged to libor4.

On the other hand, the non-revolving or fixed debt is not paid off at the end of each month, instead, this type of debt is usually held for the life of the underlying asset. Here, the borrower has the option to choose between loans with either the fixed interest rate or a variable interest rate. Most of the fixed debts are auto loans or school loans. Consumer debt is frequently measured by the economists and financial analysts as it is an important tool or an indicator of the economic growth5. If a consumer can borrow money and repay the debt on time, then the economy is stimulated thus economic growth.

September 2008 was one of the rare interludes when the world shifted beneath what everyone was expecting, the market froze and the fabled banks stood on a precipice and it was about time that the U.S. government took an action, after a generation of deregulation, it genuinely seemed as if the banking system could be nationalized. The crisis that followed created a severe ripple effect on the economic and political activities in the country. However, one of the many side effects of this crisis is that it led to a series of regulations that transformed the banking sector into a safer, and perhaps a far more boring industry. Foreclosures in the country became an epidemic, forcing millennials to live in their parent’s basements, aging workers had to retire with their plans upended6.

10 years later, the financial crisis has changed American’s relationship towards debt and savings and basically, we borrow more and more and save less than prudence would dictate. The U.S. consumer debt, which between 2008 and 2013 declined steadily has rebounded, but this time sharply than a pre-crisis period. By the first quarter of 2018, the U.S. household debt had climaxed to an all-time high of $13.2 trillion. The composition of the debt has changed, and nowadays, people are able to better manage their obligations due to the substantial part to the extended period of the low-interest rates.

By December 2018, the U.S. consumer debt rose 5% to $3.01 trillion and of this, $2.966 trillion was composed of non-revolving debt, which had risen 6 percent. Most of the non-revolving debts were education and the auto loans, in December 2018, the school debt was $1.569 trillion and the auto loans were $1.155 trillion. On the other hand, the credit card debt reached $1.045 trillion, which was a 2 percent increase, however, the credit card debt is only 26 percent of the total debt. The debt was 38 percent of the total debt in 20087.

Why so much debt?

Undoubtedly, the consumer debt in America is so high and there are 3 reasons to explain this. First, the Bankruptcy Protection Act of 20058 made it hard for people to file for bankruptcy which as a result made them turn to credit cards in a desperate attempt to pay off their bills. Thus, by July 2008 the credit card reached its all-time peak of $1.028 trillion which represented an average of $8,640 per household. Most of the bills were used to cover for the unexpected medical bills. The health care costs were the number one reason for bankruptcy. During the first three months of 2009, the credit card debt fell more than 10 percent in each month. The Dodd-Frank Wall Street Reform Act9 increased regulations over the credit cards. In addition, the banks tightened their regulations on credit. By 2011, the credit card debt had fallen to a low of $839.6 billion, and despite the decreases, the average American Household still owed a significant debt.

Secondly, auto loans have increased because of low-interest rates, putting more Americans in a borrowing mood. More people took advantage of the Federal Reserve’s expansive monetary policy. If a borrower fails to honor their debt, the banks will claim the underlying asset.

Lastly, school loans increased quite significantly during the recession due to the fact that most people who were unemployed sought to increase their skills. In 2010, the Affordable Care Act10 allowed the government to take over the student loans program, by simply cutting the middle-man (Sallie Mae), the government made it easy for loans to be available. Thus, this boosted the non-revolving debts from 62% of all the consumer debt in 2008 to 73% in 2017. Typically, the school loans are for 10 years, but some programs are as long as 25 years and unlike the auto loans, they have no asset for the bank to use as their security.

Consumer debt and the economy

Consumer debt is advantageous to the economy. It contributes to economic growth and as long as the economy grows, you can pay off the debt quickly because higher education allows you to secure a higher paying job. This, in turn,creates an upward cycle that boosting the economy until it bust.

It is devastating to the economy when we go through these booms and bust. Many people lose your job during the bust and go into default. This ultimately lowers there credit score which starts a downward cycle that will limit or eliminate access to credit in the futureS. The inability to take out loans is a  very important tool to building wealth.  To avoid this, we should pay off our debt each month and in addition, we  should save up to six months’ worth of our monthly budget.

The power is Now Inc., a licensed mortgage company.  We offer numerous resources to help you secure loans regardless of your credit profile to become a homeowner.  Invest in homeownership before you invest in anything else.  Our goal, to help everyone become homeowners.  Homeownership is the primary vehicle used by most people to build wealth.  If you are looking to buy, sell or even refinance contact, Eric Frazier, Real Estate and Mortgage Broker with the Power Is Now. NMLS 461807, CaDRE 0114384. 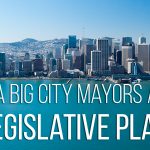 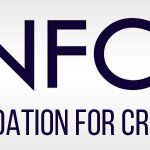