“What should be a bipartisan program to protect consumers has turned into typical Washington partisanship that will ultimately undermine consumer protection. Nothing is getting done.  Our Congress is powerless because they refuse to work together for the American people.” Eric L. Frazier MBA

President Trump’s campaign promise, to do everything in his power to protect the most vulnerable people in the society–the ‘forgotten man and woman’ as he called them, and to make America great again, is under fire?  In his 2016 speech, he told the press and his supporters that “It’s not just the political system that’s rigged, it’s the whole economy,” but now that he is in office is the President doing anything to un-rig the rigged system? I agree that the system needs structural changes in many areas.   But, his administration may be doing more harm than good to unrig it by systematically dismantling the institutions set up to safeguard the ‘forgotten men and women.’ Ever since his appointment to the Consumer Financial Protection Bureau, Mick Mulvaney had made it his sole purpose to shift the balance of power between the politically influential industries that lend money to ordinary Americans.

The Consumer Financial Protection Bureau since November 2017 has been in the spotlight first over the leadership fights about control of the financial watchdog agency and over change in policies. The battle started when the then CFPB’s director Richard Cordray resigned, following his resignation hours later, Trump appointed the White House budget director Mick Mulvaney as the CFPB’s acting director. His appointment prompted a lawsuit from Leandra English who was appointed as the bureau’s deputy director.  English argued that she was CFPB’s rightful acting director and sought to temporarily to block Mulvaney from ascending to power.

Elizabeth Warren, who helped create the bureau in the wake of the 2008 financial crisis had envisioned the agency as a kind of economic stabilizer for the American consumers, a kind of counter to the country’s rising structural inequality. The Republicans viewed the creation of the agency as a rogue agency institutionalized with dictatorial powers so unique in the American Republic. While in congress, Mulvaney had established himself as a sworn enemy of the bureau, describing the agency as a ‘joke’ in ‘a sick, sad kind of way’ and ironically, this is the same person now leading it.

Under Mulvaney’s leadership, the CFPB has moved to rein in many of the consumer protection and enforcement actions taken by his predecessor, Richard Cordray. In addition, the bureau has also dropped cases against predatory payday lenders, reportedly rolled back investigations of the Equifax data breach and also, reformulated its mission to scale back its potential reach.

In October 2018, Congresswoman Maxine Waters (D-CA) announced the introduction of the H.R. 6972, the Consumer First Act, a bill directly aimed to block Trump’s forces on what she calls his anti-consumer agenda and reverse their efforts. “It is clear that President Trump and his budget director are doing everything in their power to roll back consumer protections, strip the Consumer Bureau of its resources and prioritize Wall Street at the expense of consumers,” said Waters. The consumer first Act main agenda is to restore powers to the consumer bureau by re-introducing the agency’s supervisory and enforcement powers and increasing agency’s accountability to carry out its mandated missions.

“Under prior leadership, the Consumer Bureau returned $12 billion to nearly 30 million consumers who have been harmed by financial institutions, handled over 1.3 million consumer complaints about financial institutions, and made the financial marketplace stronger and fairer for all Americans. But under Trump and Mulvaney’s direction, consumers come last. This critically important agency must get back to work fulfilling its statutory purpose and protect Americans from unfair, deceptive or abusive practices. I call on my colleagues in Congress to put consumers first by supporting this legislation to ensure the Consumer Bureau’s statutorily mandated mission no longer continues to be undermined.” Said Waters.

I believe that what the Democrats are doing is important. Strengthening consumer protection rights, they feel have been weakened since Mulvaney stepped into office is a virtuous thing to do. “Putting Mick Mulvaney in charge of the Consumer Financial Protection Bureau was the epitome of a fox guarding the hen house,” Representative Carolyn Maloney said in House floor speech, “so we have to undo all the damage he did while he was acting director of the CFPB.”

The Consumer First Act was well received and was approved by the House Financial Services Committee in late March. The bill would require the CFPB to reverse all the anti-consumer actions made under Mulvaney’s tenure. This is a small victory for the Democrats, the Consumer First Act will have a tough time passing through the Republican-controlled senate and even if the bill will pass and be approved in the senate, Trump has promised to veto the bill.

When I first read about the bill by Maxine Waters, I couldn’t believe that everything she was saying was true. I have followed the Consumer First Act from the beginning. I think the Bureau is a highly politicized entity. This will be a tough battle for the Trump administration going forward because Republicans view the bureau as an anti-business and will continually seek to defame it. Democrats view the bureau as a way to empower and protect consumers from predatory lenders and unethical lending practices. In my view both make strong cases and so we need a compromise and to balance the power so that the consumer comes first.

But, the war of words and accusations continue.  “I don’t see this going anywhere,” said Alan Kaplinsky, a partner at the national law firm Ballard Spahr and an expert on the CFPB. “I think it’s just an opportunity for Democrats to vent about their unhappiness over Mulvaney having been acting director.”  With the appointment of Kathy Kraninger, who replaced Mulvaney in December, the Consumer Financial Protection Bureau has been and will continue to be a ground for political contentions. And over the years, in fact, ever since its formation, the Republicans have decried the Bureau viewing its policies as overzealous regulatory overreach by Obama-appointed director, Richard Cordray. With so much hostility, do you think the bill has a chance? I really don’t think so.

Kraninger indicated that the Bureau is still exploring whether to let the public consumer complaint database remain private alongside reviewing how it measures whether a company has fallen out of the parameters regarded non-discriminatory lending practices. Among many other controversial moves, the Bureau under its new leadership has also come out to say that it will review the so-called payday lending rule.

Meanwhile, as the battle continues to see the bill passes both the houses, three cases have been filed in different circuit courts challenging the constitutionality of the bureau, one important reason being that its single-director structure puts too much power in the hands of the president. There is a likelihood that one of the cases put forward might end up in the Supreme Court. If that happens, and the bureau is ruled unconstitutional, then many consumers will be on a hot seat. It is not a matter of ‘if’ but ‘when’ and when this happens.  We will need new solutions on how to protect consumer. Allowing financial institution self-police themselves with little oversight is one of the reasons that we experience the Great Financial Crisis. This is role and responsibility of government to protect consumers. Not business.

The Consumer Financial Protection Bureau should a bipartisan program that congress can come together on. It’s about making America Safe again from companies that are intent on doing wrong.  No business is exempt from scrutiny and all of them when uncheck are capable of evil because the love of money is the root of all evil. I agree completely with Alan Kaplinsky that replacing the position of the solo director with a five-member commission might be a right solution. “The FCC [Federal Communications Commission] has a five-member commission,” Kaplinsky said. “Republicans have three of the spots and Democrats have two.”

“They manage to function very well,” he added. “You don’t have the extremes that we’ve seen with the CFPB — the swinging back and forth, depending on who’s in control.”

In the meantime, most of the consumer advocates remain optimistic that the Consumer First Act could get some traction in the senate. Let’s hope so.

The Power Is Now Inc. is committed to consumer advocacy especially related to housing and mortgage lending  We will continue to bring news and events that will help you identify the opportunities to create wealth and the challenges that may rob you of your wealth and the ability to create it.  We want the government to be the wind at our back to help Americans instead of a head wind in our face that may be preventing many consumers from moving forward and building wealth. We are a media company promoting homeownership as a reality for people by educating them and inspiring them with knowledge on how to do it; because they can.   We have also partnered with First Bank to provide the products and programs that First Time Homebuyers need to buy a home now because tomorrow it will be even more challenging. Go to www.neverrentagain.com and get started today with your American Dream of Homeownership.

The Power Is Now!.

The views and opinions of Eric Frazier, the Power Is Now and it affiliates, do not necessary reflect the views of the First Banks. 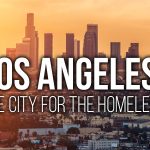 Los Angeles: The City for the Homeless 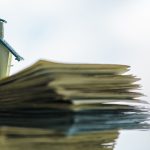