Happy Father’s Day to all the fathers in the world. Your role in the family and your position in society is more important today than it has ever been before. I know, because I am a father; I am grateful to my beautiful wife Ruby, who made fatherhood a reality for me. As a child, we all grow up wanting to be like our father. Then when we grow up, we realize that our fathers were not superhuman after all, but rather a human who had a very important job providing, nurturing, and protecting his family. My father transitioned to heaven on April 15, 2005, and I wish he were here today so I could frequently tell him how very much I appreciate him for his part in making me the man I am today.

I think that Father’s Day is really Parent’s Day, and should be celebrated as such. I could not be a father without Ruby, and Ruby could not be a mother without me. At least that is how it used to be. Together, Ruby and I have raised four incredible daughters who I love very much. I did not think it was possible to produce offspring that would be smarter and more accomplished than me at such a young age. I am very proud of all of their accomplishments, and very grateful to Briana and Virgil for making Ruby and I grandparents.

Grandparents? I am two years into the game, and I still cannot believe that we are grandparents. Carrah and Chole are so adorable we cannot help but spoil them every chance we get. There should be a Grandparent’s day and a Parent’s day–or would that be redundant? Either way, the recognition is deserved. I am proud to be a father of four girls, which is much easier than being a father of boys. I am the oldest of seven children–five of whom are boys. I do not know how my parents did it, but they did! They raised seven awesome kids who are all doing very well. We were blessed to have such great parents, and I am blessed and eternally grateful for being married young to Ruby and bringing Jessica, Briana, Erica, and Raela into this world. Ruby and I just achieve a new milestone of 35 years of marriage. Life is good, and being a father is wonderful!

I appreciate the public holiday recognition fathers and mothers are getting, but I want Federal recognition for the parents of all children. It’s a hard knock life being a father or a mother. The challenges they face today are unprecedented in all of history. We can thank the advent of the internet; changes in federal and state laws regarding decency, drugs, and education; and incarceration of black and brown men for non-violent crimes. We can thank TV and movie executives and producers for the violence and sexualization of everything on television and radio. For the first time in history, parents are facing what seems to be an epidemic of children who are in a crisis over their sexual identity and orientation. Children are being raised by single parents at a historically high rate. The divorce rate is the highest it has ever been in our history. How are fathers and mothers raising children today with everything that is going on, notwithstanding the economic, social, and financial pressure that a single parent faces?

I do not know how my parents did it. They had similar influences in the community to shield and protect us from, but it still was not anything like what parents are dealing with today. I am thankful that my children are grown and that Ruby and I did not have to deal with any of the issues I mentioned with our children; but I am very concerned for my grandchildren and the world they are going to inherit. The traditional family is under attack. What was normal is now abnormal. What has been right since the beginning of evolution or creation, depending on your worldview, is now wrong. What is odd and wired and crazy is now just normal and self-expression. Fathers are being marginalized and replaced by a sexual and gender revolution that is diminishing their role in raising children or being a member of the traditional family unit at all. A father is more than a tool for procreation. He plays an integral role in the development of a child’s understanding of their identity and role in society. The interaction between mothers and fathers is the divine model for children and provides the foundation for their worldview and normal development.

As I said, Father’s Day should be a Federal holiday. The first-time Father’s Day was held in June was in 1910, but it was not officially recognized as a holiday until 1972 by President Nixon. Perhaps it is because of the Watergate scandal; President Nixon, who was a father, may not have had the moral standing to make the case. So there was no push by him to make Father’s Day a Federal Holiday. I would be willing to wager my last dollar that if President Ronald Reagan had recognized Father’s Day during his Presidency, it would be Federal Holiday today. Everybody loved Ronnie. Now, you may ask, why am I making a big deal about this? Here is why:

Federal Holiday recognition is reserved for people and events who have made an indelible imprint on the world. Ironically, most of the people who have a Federal holiday are fathers. Check this out:

George Washington’s Birthday, Step-father and surrogate father of many: February 20

Except for Christopher Columbus, whose claim of discovering America is debatable and laughable to American Indians, these men and fathers have a Federal Holiday. Given the fact that they are fathers and given the impact they have had on the world, should Father’s Day not have a more substantive recognition by the Federal Government as a Federal holiday instead of just a public holiday? I think so.

On Father’s and Mother’s Day, organizations, businesses, stores, and federal and state operations should shut down, allowing us all to get together to celebrate our Fathers and Mothers. The only exception I would make for any businesses staying open would be hotels and restaurants that have great Father’s and Mother’s Day brunches with all the fixings. It’s hard to celebrate without great food. Also, let’s consider the never-ending impact of Fatherhood and Motherhood. Fathers and Mothers are making more Presidents, Civil Rights leaders and Explorers. They keep changing the world by continuing to be who they are. That alone deserves a holiday.

So to the fathers in world, who are earthen vessel made by God and endowed with a divine, instinctive desire to protect, provide, and develop their children, I say: thank you. You are instruments of righteousness, the very hand and feet of God who carry us, run to us, fight for us, and love us until death do us part. You are man and woman creators. Makers of leaders and thinkers. You are needed, loved, respected and honored, for what you represent to the world and to the children you help bring into this world. You are fathers, and I am very proud to be one.

Every Tuesday night at 7pm we are live on our Facebook page! Go to facebook.com/thepowerisnow to learn about the variety of programs we have that can get you on the path to homeownership today. See which program works best for you. Also, check out thepowerisnow.com/events to see all of our upcoming events and seminars. 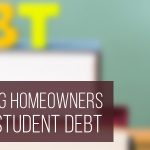 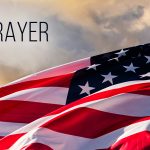 The Power Is Now Prayer for Our Nation