One of his many promises a few years ago was a bold action to confront the issue he called California’s greatest challenge: making housing affordable again, or at least, returning the golden state to a world where residents won’t have to pay $900 grand in housing. For an ordinary person, this guy seemed serious, and he looked like the savior California has been waiting for, for almost a decade.

His predecessors cannot match this man, because he is ambitious, outspoken and always has an agenda and one year in office, his administration was marked by a sense of urgency, an insistence that the times demanded a leader who would multi-task in the way his predecessors could not.

The rhetoric was lofty, a “marshall plan for affordable housing” he said, unprecedented state action on homelessness, and 3.5 million new housing units by 2025, by all means, Gov. Gavin Newsom indeed looked like the savior we’d hoped for. Has he delivered?

“If we want a California for all, we have to build housing for all,” Newsom said during his first State of the State address, a reference to his campaign slogan.

“People’s lives, freedom, security, the water we drink, the air we breathe — they all hang in the balance,” Newsom said in his inauguration speech last January. “The country is watching us. The world is waiting on us. The future depends on us. And we will seize this moment.”

Its been already one year since the Governor took to office. The 52-year old Democrat can surely point to a string of high-profile victories in service of his progressive agenda and fortifying California’s political independence and resistance to President Trump. Yes, the progress is promising, but what most people don’t know is that the governor has struggled with an undisciplined and impatient governing style, something that might disrupt his ability to fix the state’s most pressing issues; homelessness, access to affordable healthcare among others.

Speaking of homelessness, the governor has had a tough battle since one of his contingency just failed. This was a high-profile proposal meant to address California’s housing crisis by compelling cities to build homes, but it failed miserably to pass the state senate in January, however, there is a grim chance of the bill recovering since the lawmakers left one chance to the author.

“SB50 was a bold solution to address our state’s housing, transportation, and climate change crises,” wrote Nicholas Josefowitz, SPUR Director of Policy. “It was supported by a broad coalition and provided local communities with local flexibility. It had strong protections against housing being built in dangerous areas, like those prone to wildfires. Our state needs bold solutions right now. Doing nothing in the search for perfection is not a viable option. I hope California’s Legislative leaders continue to fight for a set of solutions this year that delivers on SB50’s promise.”

This is how the vote went. 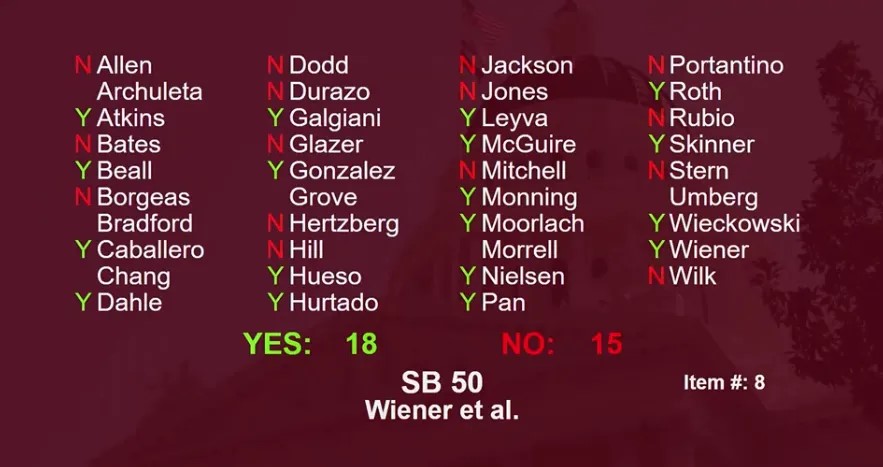 It is also worth noting that this is the third time SB50 failed to pass the state senate. Much of the opposition came from the lawmakers hailing from the LA area. Several senators opted not to vote at all.

As it stands, NIMBY is to blame for the bill’s defeat. This group has on several occasions vocally argued against the top-down control imposed by the bill and an unpleasant intrusion of their neighborhoods. But the struggle of the bill goes beyond that. A number of housing justice groups claimed that the bill would further exacerbate the displacement of low-income residents. Also coming up quite often is the bill that didn’t go enough to protect these low-income residents. About a month ago, a coalition of social justice organization that advocates for transportation, housing, and zoning wrote a letter opposing the bill unless it was amended further to the bill’s author, Sen. Scot Weiner and Gov. Gavin Newsom.

“We continue to have concerns with a number of the bill’s provisions, and the last two rounds of amendments have raised new questions and concerns,” the letter stated. “Our concerns reflect the input we have gathered from dozens of tenant organizing groups, non-profit developers, legal service organizations, local, state, and national equity organizations, and other community-based institutions.”

The organizations listed three key areas where the bill fell short. First, the legislation did not generate affordable house at a level that would rationalize the subsidies it offered; second, the bill does not protect communities that are at risk of displacement; and lastly, the bill failed to fully protect the local affordable housing policies and stronger local plans.

Each year the senator reintroduced the bill back into the conversation, he would make the changes intended to address the concerns raised in the previous attempt. But despite his efforts to appease all sides and move to allow the local governments to get a chance to develop their own set of standards similar to the bill, the proposal failed.

This time, Sen. Weiner promised to dust himself off and start afresh on a campaign to build 3.5 million homes in California. “We are in a world of hurt in California,” he said. “The suffering, the pain, people living in their cars, young people not being able to envision a future in their communities… this did not just happen. It’s because of deliberate policy choices, and one of those is the adoption throughout California of restrictive zoning.”

“California’s housing status quo is badly broken. Today’s vote perpetuates that dysfunction,” he said in a statement about the bill’s defeat. “We will not give up until we have put California on a positive and sustainable path to a better housing future. I will soon be announcing new housing production legislation.”

Meanwhile, with the legislature not voting on SB50, some supporters are urging the governor to get more involved in promoting a solution to the housing problem. But how can he, SB 50 was one of his favorite bills, and it failed. 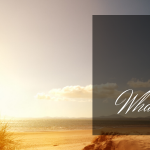 Happy? What makes you happy? 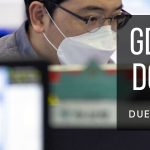