Two themes have dominated the headlines in recent years. The first is the linger effects of the Great Recession, an economic downturn that has largely been attributed to the housing market’s burst. Lax lending and overbuilding resulted in many buying homes who would not have otherwise qualified in decades past. The second storyline is the growing gap between the “haves” and the “have nots,” or more bluntly, the growth in income inequality.

Missing from these stories, however, is their link to one another. Homeownership is one of the key drivers of wealth creation. A study by Harvard University’s Joint Center for Housing Study finds that “as a means to building wealth, there is no practical substitute for homeownership,” (Harvard, 2013). By some estimates, 90% of today’s millionaires accumulated their wealth through real estate (Lyons, 2014).

When people consider the trade-offs between buying a home versus renting, most cite the obvious benefit of building equity through homeownership. Rather than forking over hundreds (or thousands) of dollars each month to a landlord, this money could be better leveraged by paying down one’s mortgage.

There are many other ways homeownership leads to wealth as well. Appreciation is one example. While it is true that the housing market has experienced ebbs and flows, long-term homeowners experience appreciation nearly one percentage point higher than the annual rate of inflation (Harvard, 2013). The benefits of appreciation compound over time, making the purchase of a home a relatively safe investment for those who are willing and able to wait out downturns in the market.

Homeownership provides a number of tax benefits, as well. Property owners are able to deduct both the annual interest paid toward a mortgage and property taxes when the property is a primary residence. Individual homeowners and married couples are also exempted up to $250,000 and $500,000, respectively, from capital gains tax upon the sale of a home. These benefits are often cited as a subsidy for the wealthy, as combined, they can boost post-tax annual incomes for families by nearly $2,000 (Badger, 2015).

Owning also provides homeowners with a level of certainty regarding housing expenses. As anyone in the Boston, New York, Los Angeles, or San Francisco markets would gladly attest, the cost of rental housing continues to rise. When it will slow is anyone’s guess. Homeowners, especially those with 30-year fixed rate mortgages, have the benefit of knowing exactly how much they will be spending each month, each year, on housing costs (with some minor exceptions, such as the common increase or decrease in annual property taxes—a number that does not drastically change one’s monthly housing expenses).

In addition, the real costs of owning a home actually decrease over time, even as mortgage payments remain consistent: assuming inflation of three percent, one percent growth in real house prices, and the costs of property taxes, insurance and maintenance, real housing costs decline by ten percent after five years, fifteen percent after ten years, and thirty percent by the last year of the mortgage. Housing costs for renters are much more variable, and trend upwards as inflation and housing prices rise. Homeowners are able to better plan and make more well-informed financial decisions given the predictability of housing expenses that homeownership provides.

The number of years a family owns a home is one of the largest predictors of their eventual wealth, finds a Brandeis University study (Institute on Assets…, 2013). One potential way to combat growing income inequality, then, is to enable more people to buy homes earlier in life. Unfortunately, there is a trend in the opposite direction: the rate of homeownership continues to decline, due in part to tighter lending requirements and in part to the number of Americans saddled with student debt.

Yet for those searching for financial freedom, homeownership remains pivotal. The numbers don’t lie. Homeownership, more so than ever before, is the key to wealth creation.

To learn more about purchasing your first home, visit the Homebuyer Resources section on The Power is Now website (www.thepowerisnow.com) that will provide access to valuable resources as you begin your journey toward homeownership. If you would like to schedule a meeting online, then go to https://ericfrazier.youcanbook.me/ for more information. You have the power to change your life now because The Power Is Now.

Is Homeownership Still an Effective Means of Building Wealth for Low-income and Minority Households? (Was it Ever?), Harvard University, Joint Center for Housing Studies (September 2013). Retrieved September 5, 2015 from https://www.jchs.harvard.edu/sites/jchs.harvard.edu/files/hbtl-06.pdf. 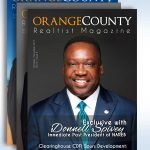 The Financial Reality of Homeownership