“If we want to promote homeownership, even before getting to address home prices, it is important to first educate homebuyers, which is the first step in buying a home.”
– Eric Lawrence Frazier

From the beginning of 2005, until the 2nd quarter of 2016, there has been a steady decline in homeownership rates bottoming out at 62.9%. higher home prices, increasing mortgage rates and the rise in millennial demographics many of who have been saddled with huge student loans debts, have been cited among the top three factors contributing to this decline. Between Q2 2016 and Q1 2018, there have been signs of recovery where the national homeownership rates grew to 64.2%, which nationally is quite a significant increase. According to the U. S Census Bureau research, states with large urban centers or states with most of its population living in urban centers have lower homeownership rates more than the rural states. Lower median home prices correlate with higher rates of homeownership.

The American Dream has for long been defined by homeownership, however, judging by the current developments and trends, this aspiration is wanting. The US seem to be undergoing a very diverse paradigm shift- the long-term shift from a society to a mix of homeowners and renters which I think most people have misunderstood. It’s not a change triggered by only rising home prices or a greater demand for urbanized living, but a transition from the old industrial economy, to a new, clustered and knowledge base economy. Understanding this will help influence how people now perceive housing and why homeowners are behaving the way they are. While homeownership has declined over the last decade, the shift from owning a house to renting is much more dramatic in certain cities and this is what the US census bureau is trying to put across, that the most innovative and dynamic metropolitan areas have consistently shown low homeownership rates. Do people now prefer renting to owning a house? And what’s leading to change?

From 2000 to 2015, the homeownership rates in the US declined in 90 percent of all-American metro areas and in 96.2 percent of the large metros with over 1 million residents. Remember this period also covers the 2008 financial crisis and the steady decline in homeownership could be attributed to this. If we want to promote homeownership, even before getting to address home prices, it is important to first educate homebuyers, which is the first step in buying a home. I am thinking if millennials are well equipped with knowledge about buying a home, homeownership rates in the country will be on the rise. The problem we have is that most lenders are taking advantage of the buyers and they impose unreasonable credit overlays and unnecessary policies on them for their gain. Weighing all the options a buyer is forced to rent.

Last month, U.S congresswoman Joyce Beatty reintroduced the Housing Financial Literacy of 2019 H.R 2162 which is a bill aimed at increasing first-time homebuyer’s financial literacy. If the House enact the bill, it would give the first-time homebuyers who complete a Department of Housing and Urban Development (HUD) certified housing counselling course a discount on their Federal Housing Administration (FHA) mortgage insurance premiums of 25 basis points.

“Right now, too many Americans lack the basic knowledge and know-how to fully understand the long-term financial obligations and implications of purchasing a home,” Beatty said. “Motivating first-time homebuyers to seek vital pre-purchase counseling and equipping them with the much-needed financial skills and tools to make informed financial decisions benefits their families, the surrounding neighborhood, and entire U.S. economy—and that is precisely why the Housing Financial Literacy Act is so desperately needed.”

Personally, I think home buyer’s education is very important, not just for the first-time homebuyers, but for every buyer. Real estate markets are always changing and so does the homebuyer’s environment. Financial literacy is the ability to use knowledge and skills to manage financial resources effectively for a lifetime of financial well-being. Despite its importance, for many households, financial literacy is an issue most people would rather not confront. Money and wealth are topic addressed in a variety of ways for different cultures and it’s not surprising to find that there are no conversation about money or wealth or how to manage one’s income and financial assets. Ideally, parents are supposed to teach their children on how to manage money, or how to improve their economic well-being. As with most people, this step must have been skipped and therefore financial literacy becomes a personal initiative to learn.

Homeownership is one of the several ways, perhaps the most prominent ways of building wealth. However, owning a home requires financial preparation to build up savings and creditworthiness. Financial literacy is an important determinant of homeownership as it affects savings behavior, if parents are reluctant towards teaching children about financial literacy, it brings about difficulties for these children to make sound decisions including purchasing a home.

Studies confirm that homebuyers who receive pre-purchase housing counselling are nearly one-third less likely to fall behind on their mortgage, thus facing a reduced risk of foreclosure. Most people think home-buying process is overly complicated, in fact, a 2015 survey by NeighborWorks America showed that 70 percent of Americans think so. Most Americans also don’t know that there’s help to streamline this process, an earlier 2013 study noted that that two-thirds of the Americans did not understand about the federal or state down payment assistance or related programs.

“Motivating first-time homebuyers to seek vital pre-purchase counseling and equipping them with the much-needed financial skills and tools to make informed financial decisions benefits their families, the surrounding neighborhood, and our entire economy,” Beatty said. “I am pleased to see my bill move one step closer to becoming law and many thanks to my Democratic and Republican colleagues for their support.”

The Power Is Now is committed to making the dream of homeownership available to everyone.  We are advocates for the first-time homebuyer and have invested in providing homeownership education through seminars, online radio and live online events.  We are partnered with First Bank to provide the products and programs that First Time Homebuyers need to buy a home now because tomorrow it will be even more difficult.   The Power Is Now to buy and we can help make your American Dream a reality.  Go toe www.neverrentagain.com and get started today. 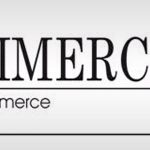 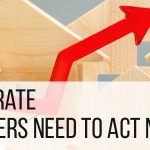