The Federal Housing Finance Agency (FHFA), which was created during the worst days of the 2008 crisis by then-President George W. Bush, has been giving new homeowners easy access to mortgage loans.

The subprime mortgage bubble of 2008 destroyed many homeowners’ dreams as millions of foreclosures and bankruptcies resulted in a financial crisis that spread globally. As a result, the U.S. government was forced to make one of the largest bailouts in history, among other measures, in order to avoid an even larger collapse.

Undoubtedly, one the most prominent moves was the creation of the FHFA and the conservatorship of Freddie Mac and Fanny Mae, described at the time as “one of the most sweeping government interventions in private financial markets in decades.” [1]

While risky, the bailout and subsequent takeover proved to be a daunting yet necessary task. During the heyday of the crisis, both GSEs accounted for more than 50 perfect mortgage-backed securities in the United States, and suffered greatly due to the burst. Although, at the time of the FHFA intervention, the stock price of the GSEs plummeted to less than $1, they have recovered since then. Over the past few years, FHFA has continued working hard to increase mortgage accessibility for mid- to low-income families.

In April 2017, the FHFA announced a new mortgage loan application that will allow borrowers with delinquent loans to solve their problems more quickly and avoid foreclosures. By consulting with Fannie Mae and Freddy Mac, the new Mortgage Assistance Application (MAAp) form will replace the Uniform Borrower Assistance Form (UBAF).

The MAAp was designed taking into account the lessons learned during the crisis, and it seeks to balance the five principles of homeownership: accessibility, affordability, accountability, sustainability,and transparency.[2]

The MAAp will feature a cleaner and brighter look, questions to help borrowers choose their preferred contacted method, information for house counseling resources, and clarifications of previously confusing terms.

With the new form, borrowers falling behind on their payments need to fill in their application before reaching 90 days of delinquency, and they will gain assistance quickly. The MAAp is expected to be implemented by July 2018. Another major step taken by the FHFA is to add a preferred language question on the new standard mortgage application form.The question allows low English proficiency borrowers to choose if they would like to have their mortgage application process carried out in English or obtain assistance in Chinese, Korean, Spanish, Tagalog, Vietnamese or another language of their preference. Although the FHFA does not guarantee that communication will be provided in the chosen languages, the inclusion of the question is seen as a positive step. [3]

Considering most LEPs who apply for mortgage loans are Spanish speakers, the new form will be of great help for Latinos and other immigrants who, aside from facing other struggles when applying for loans, are forced to sign contracts that they do not fully understand, putting them at a disadvantage if they fall behind with their payments.

In another major step towards increasing mortgage accessibility, the FHFA is also revising a new credit score system for the GSEs. The project, which began by assessing the costs and operational impacts of several credit score options on the GSEs, is now focusing on how competing credit scores can improve accuracy instead of contributing to more competition in finding costumers.

The FHFA is still evaluating how to implement the change, and it is also considering how it will affect other credit-scoring companies. As FHFA Director Mel Watt announced, the project will not be implemented until mid-2019 because it would be a “serious mistake.”[4]

Since its creation, the FHFA has not only helped restore Fannie Mae and Freddie Mac to profitability, but it has also put a tremendous effort into trying to broaden access to mortgage loans. Although there are several challenges ahead and much room for improvement, the impact of the Federal Housing Finance Agency has been largely positive, helping the housing market reach and surpass the level it was at prior to the 2008 crash.

Every Tuesday night at 7pm we are live on our Facebook page! Go to facebook.com/PowerIsNow to learn about the variety of programs we have that can get you on the path to homeownership today. See which program works best for you. Also, check out thepowerisnow.com/events to see all of our upcoming events and seminars. 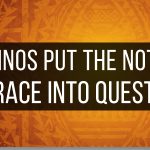 Latinos Put the Notion of Race into Question 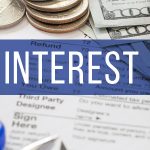