University of Colorado and Carnegie Mellon University claim that high speed fiber broadband may add up to $5,437 in home value.

A high speed fiber broadband service may easily add up to $5,437 on a $175,000 home, as studies by researchers at University of Colorado and Carnegie Mellon University claim. Commissioned by the Fiber to the Home Council Americas (FTTH), the research on the study reveals that neighborhoods with 1 GBps broadband have a sales price that is 7% higher than neighborhoods with broadband speeds of 25 MBps or lower.

The $5,400 figure can easily be used for buying a new fireplace, a half of new a bathroom, or a quarter of a swimming pool. This suggests that neighborhoods with high speed internet can sell by over 3% of the median home price.

The FTTH, an advocacy coalition of broadband providers and fiber equipment vendors, claims that speed matters, especially when it comes to home sales.  Homes with 1 GBps broadband available are not only selling 7% higher than homes with average broadband speeds, but they are also selling quicker. While this trend is not new, it certainly is making a large impact on the housing market in recent years.

This study is potentially one of the first that oversee the link between fiber services and home values. Kevin Morgan, the Board Chairman at FTTH and Director of Marketing Communications at Adtran, a telecom equipment maker, claims that this link may drive another ‘fiber boom’, similar to what we experienced in the late 2000s.

In recent months, various broadband service providers are now pushing for new deployments that increase the scope of high speed broadband services across the nation. As stated by the President and CEO of FTTH Heater Gold, the study, in this regard, may assist the local governments, especially in California, to push the providers for implementing new fiber deployments..

Contribution to the Housing Market

Heather Gold claims that the local officials are more aligned with providers in deploying faster broadband services. She says:

“If a community wants to get fiber to the home and they understand the economic value … both to homeowners and the community in total, that helps them decide, ‘Hey, we’re going to help this broadband provider make an attractive investment case.’”

In a study released by FTTH in 2014, it was discovered that higher per capita gross domestic products were in communities that had access to gigabit internet. The study took home sales data from the period of 2011 to 2013 to investigate the correlation between home prices and broadband availability.

The housing market across the US continues to perform well above the expectation. It is worth noting that the ease in regulations by Federal Housing Association and Freddie Mae and Fanny Mae, along with eased borrowing requirements by banks, is now pushing the millennials into the buyer’s market. One of the factors that drive sales in this demographic is access to high speed internet, which explains why the local governments now want to encourage the broadband providers in laying out their fiber internet networks. 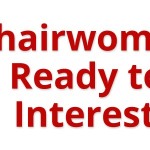