Believe it or not, levels are even when it comes to bankruptcy. There are no significant differences in how often African Americans and whites file for bankruptcy. The same can be said with regards to eviction or property repossession as well. There is also no difference in the rate of either group being late with their credit card payments. However, the gap begins to widen again in the credit world when it comes to dealing with debt collectors and seeing credit tighten. Only half of white middle-class homes, for example, reported being contacted by debt collectors. African Americans are called by debt collectors at a rate almost fifty percent more with seventy-one percent of the African American households in the middle class.

One distinct way African Americans were affected during the recession was through credit tightening. In fact, for a few years following the recession, African Americans found their availability to credit to be tightened, because more than half of African American middle class households were found to have a credit card cancelled. Some reported a reduction in their credit limit or being denied. In many ways, the difference in credit availability ties into income. With the median income of African American households being far less than that of whites, one theory is that black households naturally would not have as much access to credit. This factor, combined with more blacks attending college, is the cause of credit scores and freedom to fluctuate at a greater rate. With employment tied to your credit history becoming increasingly a popular practice, this brings forth a complex situation for African Americans simply because it presents a catch twenty-two: you cannot get out of debt without a better job; you cannot get a better job without better credit.

At The Power Is Now we are committed to bringing equal opportunity to Americans, whether they be black, white, or any color in between. The Buyer’s and Seller’s Club within The Power Is Now is always ready to help those in need, give valuable and useful advice, and point those in need to a loan program that works for them. Getting out of poverty will not be easy; however, through NAREB’s housing initiatives and The Power Is Now Online Resource a difference can  be made in the U.S.

The Power Is Now 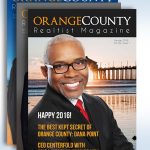