Real estate did not start out as a woman-friendly industry. Up until the 1980s, women could not even buy real estate without a male cosigner. But now the tables have turned. Overall, America’s workforce is made up of 47% females, and only 53% males. The BLS research shows that in real estate, the numbers are even more drastic. There are more female agents in all states, outnumbering male agents by approximately 50%, putting the ratio of females to males at 2:1.

Even though this ratio of females to males seems logical, there are still differences that heavily divide real estate and beg the question: is real estate a career for women?

While there are more women agents in the field, men are still reported as having more listings available. For example, in North Dakota, the number of listings made by male agents is 129% higher than those made by women. That is the most significant difference throughout the country, while more states are closer in numbers, such as Nevada, where the difference is only 31%, or Arkansas which shows a 29% difference; while these percentages tend to be higher in Midwestern states, the fact still stands that across the board, male agents can show more listings. Breaking down the percentages on a state-by-state basis, we see that for every 25 listings under a male agent, there are 11 listings for his female counterpart.

Even though female real estate agents do not produce that many listings, it can be said that they produce a higher quality for every listing. A female real estate agent’s listings start at a higher average asking price. Looking at raw numbers, we can see that the difference of starting prices for male real estate agents tends to be $40K lower than for female agents’ listings. While many factors do play into these prices such as location, size, and property type, the numbers still imply that women do not have to sell as many properties as men in order to get the same amount of income. Forty thousand dollars can be up to half the cost of a house in some states. Therefore, this difference in listing price can indicate that every house sold by a female agent is equal to one and a half houses sold by a male agent.

Numbers do not speak for everything, though. There are still many differences between male and female agents. One of the biggest differences is clothing. Numerous fashion magazines, such as Vogue and Cosmopolitan, release articles geared towards fashion in a workplace. Recently there have even been articles and spreads directed at real estate agents. While men can show off real estate in a simple suit, or a dress-shirt-and-pants combo, women must take into consideration what their fashion will say about them. Shoes should be taken into consideration for distance, and the daily amount of walking. Shirts and blouses should be made of a certain type and thickness of material so as not to be too translucent and not to distract buyers or sellers. Picking out professional attire for female real estate agents is complex, but does typically increase their income.

One of the major factors keeping women from completely dominating this industry, though, is the residential real estate trap. Many women real estate agents tend to be trapped in this setting and never move up to the commercial sector. The commercial sector remains mostly a male-dominated area of real estate due to the mindset of men and the glass ceilings that remain. In Success and Satisfaction of Women in Commercial Real Estate: Retaining Exceptional Leaders, several articles have been written that have found many business owners in commercial real estate still believe that women do not value compensation as much as men and that women tend to take risks less often. These gender bias mindsets are what keep so many women stuck in residential real estate and from moving on into the commercial industry.

Based on the research reported and the numbers that we are given, we can see that since the 1980s the world has been starting to realize the full potential of females in real estate. And while traces of real estate being a male-dominated industry remain, in a few years it will easily be seen as a female-lead career. 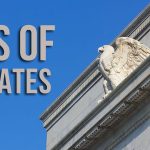 The Effects of Low-Interest Rates 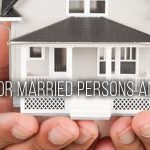