The Power Is Now is an online media company that produces relevant, insightful and thought-provoking content for real estate professionals, investors and consumers who are interested in buying and selling real estate. Our goal is to cover the mortgage and real estate industry and the political and government actions affecting real estate, interest rates, lending and down payment assistance.  We intend to provide insight and sophisticated analysis to complex industry questions and concerns.   Our publication ranges from in-depth articles and executive briefs aimed at keeping you aware of important issues the affect homeownership and wealth creation.  The views and opinions of The Power Is Now or Eric Frazier do not necessarily represent First Bank.

Recently, we have seen a spur in heretical measures curtailed to driving away homeless people from the streets, making their way into the headlines, as communities grapple with the escalating crises of people facing housing shortages, drug addiction and mental health issues. The United States GDP is an outstanding $18 trillion, if the state of California was to dissociate from the United States, it would be the eighth largest economy in the world, surpassing Italy. If you think about how much wealth America has, it would make it absurd that the country has a homelessness crisis.

How Bad Is Homelessness in The Country?

First, to paint out a clear picture of how bad it is, we need to first understand what homelessness means. A person could be said to be homeless when they lack permanent housing. Like Wikipedia puts it, “Homelessness is the condition of people lacking “a fixed, regular, and adequate nighttime residence.” According to the Annual Homelessness Assessment Report by U.S. Department of Housing and Urban Development (HUD), as of 2018 there were around 553,000 homeless people in the United States on a given night. This means that 0.17 percent of the total population in the United States are homeless. These are the people on the street, if we factor in people who “double up” with friends and family because they cannot afford a place of their own, you’d be surprised. Looking at these figures, I thought to myself, “These statistics must be wrong.”

Homelessness, might have escalated in the wake of the Great Recession of 2008-2009, but it’s not a decade old problem. The issue started to gain roots back in the 1870s and ever since, it has continued to pervade the society to this present day. On just one single night, January 2015, there were about 564,708 people who were considered homeless in America, a report from the National Alliance to End Homelessness notes. In California, in a single night in 2016, about 21.48 percent of the total population were homeless, in New York, about 15.7 percent of the population experienced homelessness.

Homelessness crisis seems to be spreading its roots far and wide. Even though it is a crisis that pervades every fabric of societies all around the world, this crisis seems to be a rare and an exceptional case and struggle for the United States. Among the top cities in the United States to have many homeless people, New York city ranks second with Los Angeles following closely at third position. I think there is so much work that needs to be done, the national rate of homelessness has gone down slightly from 21.5 per 10,000 people in 2007 to 17.7 per 10,000 people in 2015. The homelessness crisis among individual states continues to soar higher while the amount of affordable housing remains low.

There has been long standing battle with homeless in the California state and Los Angeles seems to be losing by every mean. California released it annual homelessness count that revealed that after a significant 4 percent drop from the years 2017 to 2018, Los Angeles’s homeless counts grew by 16 percent in 2019 which brings the post-2011 growth up to 52 percent. These statistics would be alarming for any state but for the city of Los Angeles, they are worrying given the fact that the city serves as an epicenter of a particularly brutal style of homelessness. Of the people who are homeless, about 75 percent are unsheltered which means a higher risk of typhus and typhoid among other diseases creating a public health emergency. The more people pouring into the streets of Los Angeles are either the perpetrators of crime or victims of crime themselves.

What we are seeing is a rise of a semi-permanent structures that are threatening to take an entire city block. These makeshift structures for the city’s homeless people are now becoming a recognizable part of the city’s landscape with barbeque grills and clusters of bikes alongside them. The mayor’s response to this problem has been to increase public spending on homelessness, but so far, he has done so little. I remember a few years back when the issue first hit the headlines, the mayor jumped into action with an ambitious plan to build emergency shelters for the homeless people in all the 15 districts. But as the mayor would soon realize it, building ‘emergency’ centers would not be easy. The plan has faced a vigorous resistance not just from the neighborhoods where the residents fear more crime and blight, but also from some within the homeless community who hold that it would be better living independently, and on the tents.

In June, Los Angeles released the results of their findings from their last and most recent count which showed that homelessness in the county was up 12 percent and 16 percent in the city. Yet, I fail to understand why communities around that state have been channeling more money into services for the homeless, like the L. A’s Measure H Sales tax, which adds $355 million each year into the arsenal. According to the advocates for the homeless, “Our housing crisis is our homeless crisis,” Elise Buik, president and chief executive of the United Way of Greater Los Angeles, told the New York Times. “And we’ve got to get people to understand that.” 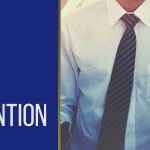 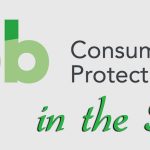