NAGDCA represents the nation’s public sector defined contribution plan administrators, with a goal of advancing the expertise, knowledge and network of its members in order to enable government workers to save for a secure retirement.

“Sandy is a tremendous leader at CalSTRS and she is a fantastic choice to become president of this influential national group,” CalSTRS Chief Executive Officer Jack Ehnes said. “This honor signifies our growing commitment to Pension2®, CalSTRS’ voluntary defined contribution plan which complements the traditional defined benefit, and our focus on enhanced services for our members.”

Under Ms. Blair’s leadership, Pension2 has experienced steady growth. Pension2 is a staple for CalSTRS members and provides tax-advantaged payroll deductions in low cost, flexible traditional and Roth 403(b) and 457(b) plans.

“I’m honored to be serving as president of NAGDCA over the next year,” Ms. Blair said. “Defined contribution plans are a crucial part of retirement security in the public sector, and as president I will focus on being a relentless advocate for the ongoing success of this community.”

Ms. Blair was named CalSTRS Director of Retirement Readiness in 2016 after three years as director of the CalSTRS Defined Contribution Solutions unit. She began with CalSTRS in 2009 in Client Outreach and Guidance, where she was instrumental in establishing the model of CalSTRS first Member Service Center in West Sacramento.

The California State Teachers’ Retirement System, with a portfolio valued at $238.3 billion as of August 31, 2019, is the largest educator-only pension fund in the world. CalSTRS serves California’s more than 949,000 public school educators and their families from the state’s 1,700 school districts, county offices of education and community college districts. A hybrid retirement system, CalSTRS administers a combined traditional defined benefit, cash balance and voluntary defined contribution plan. CalSTRS also provides disability and survivor benefits. CalSTRS members retire on average after more than 25 years of service, with a median retirement age of 62.9, and a monthly pension of approximately $4,475, which is not eligible for Social Security participation. For more data, download the Fast Facts 2018 brochure. 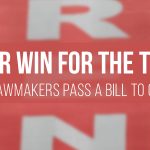 A Major Win for the Tenants, California Lawmakers Pass a Bill to Cap the Rents 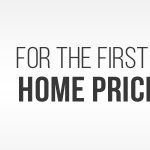