Founded in 1947, NAREB is the oldest minority real estate organization in the United States committed to increasing African American Homeowner.  The early 1900’s was a period in our history where residential racial segregation, accompanied by social and economic apartied was common placed.   It would take federal legislation beginning with the 1964 Civil Rights Act to see change and real freedom to participate in the American Dream for African American.  NAREB was formed out of the need to secure the right to equal housing opportunities regardless of race, creed or color.

Recent media reports indicate that there has been a decline in black homeownership and the gap between black and white homeownership is widening. Nationally, the homeownership rates for the Black Americans stands at 41 percent, nearly unchanged from the rate 50 years ago, when the Fair Housing Act was enacted and banned racial segregation in housing. Compared to the 71 percent of the white adults who own homes today, it is evident that the wealth gap between these two groups is wider now than it was in the 1900s.

One of the reasons for the continued decline in housing for the Black Americans is the wake of the 2008 housing collapse when the foreclosure rates soared, forcing thousands of our people out of their homes. 2004 was perhaps the pinnacle for homeownership in America, and at that time, nearly half of all the African Americans owned a home. This record of homeownership, fueled by the housing boom of the early 2000s, was still one-third less than the housing rates for the whites.  In spite of that,  this period also marks one of the greatest milestones for our people, because since emancipation proclamation and the numerous Federal laws pass since then to protect African Americans, they have been ostensibly shut out of the fundamental benefit and financial opportunity of the American Dream of homeownership.

Ever since its inception, the National Association of Real Estate Brokers (NAREB) has been on the vanguard for fair housing and has advocated for Black Americans to own homes. The law also supports NAREB’s effort to increase Black homeownership which I believe serves to increase the wealth of the Black community and other economic outcomes for the Black people. However, the journey to homeownership has not been an easy one, as a real estate professional I can attest to this, we have experienced some highs and lows as we try to empower our people. NAREB in its efforts to fight for the Black people has established partnership civil and human rights organizations, business groups and faith-based communities.

Today, a new and yet old problem repackaged, facing Black people is economic segregation. The urban centers, long the home of Black Americans is being gentrified. Many with deep community roots are being forced out by rising taxes and skyrocketing housing values. While one would argue that the obvious obstacles such as the Jim Crow segregation no longer exist, the black community still face formidable challenge living and working in urban centers where all the job are and are headed.  Credit scoring system has been a problem for our people because it is culturally bias, and born out of discriminatory policies in this country from which the algorithm for scoring where developed.  For more information read my blog on The Broken Credit Scoring System.

In addition, the rising cost of education has been a problem for all Americans but has impacted the African American community greater because our incomes, on the average, are 1/3 less than our whites even with a college degree.  The impact of the student debt on homeownership is also greater because of long standing discriminatory practices and the burden of student loan debt.   Lastly, unfair lending practices in the mortgage sector, credit overlays that have a disparate impact on minorities, and the lack of meaningful outreach required by Fair Lending legislation and financial and investment in our communities required by CRA for banks and other lending institution.

Despite all these challenges, I am happy because I know most of our people understand that the first stage towards wealth creation is education. Through financial literacy, and creating and growing a community to support homeownership, we educate ourselves and our children on how to build wealth and that is starts with homeownership.

NAREB’s motto is “Democracy in Housing,” and for that reason, the organization has been committed to continuing with the fight for equity in housing. They are called Realtist because at one time in this country that could not join the National Association of Realtors because they are a predominately black organization.  So they created their own designation and formed their own convention to serve African American real estate professional and convene yearly to discuss the state of housing for African Americans.  Thus, each year, NAREB holds a national conference where it invites real estate professionals, faith-based organizations, human rights organization, as well as policymakers to come and educate Black Americans, encourage Black Americans and do everything to empower Black Americans to build wealth, stability and to invest in real estate.  This year’s event will happen from 28th July to 2nd August at Harrah’s Resort Atlantic City. NAREB also issue an annual report about the State of Housing of Black Americans that can be found on their website at www.nareb.com.

I stand with NAREB and their efforts to make a difference in our community.  I and everyone at NARE are standing on the shoulders of its founders 11 men and one female and other visionaries who have fought for African American freedom like Dr. Martin Luther King, Jr. who gave a speech to NAREB in 1967 about the need for the “middle-class Negroes to … publicly identify with the problem of poverty which engulfs the life of the masses.”

So, I encourage you to join NAREB and to support their efforts.  I have been a member of NAREB for many years and have served as local board president.   Attend their conferences and learn more about what they are doing and what the African Community needs to continue to do to fight for economic and social justice, financial literacy and opportunities for homeownership for Black American’s.    NAREB’s conference are an opportunity to network with Black Realtist, and community leaders as well as to support the fight for equality and homeownership.  To learn more about NAREB go to www.nareb.com.

The Power Is Now is an advocate for the empowerment of the minority communities all around the United States. We engage with various thought leaders to make sure that you are equipped with knowledge about our economy. We have partnered with First Bank to provide you with products and services that will help you better prepare for the future. We are also advocating for first-time home buyers. The Power Is Now can help you make your homeownership dream a reality. Go to www.neverrentagain.com and get started today.

The views and opinions of the Power Is Now or Eric Frazier do not necessary represent the First Bank . 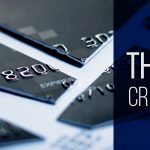 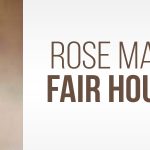