New Report from Four-State Collaborative Reveals Economic, Racial, and Other Bias in Debt Collection Practices Across the Country

SAN FRANCISCO, CALIF.– Today, a four-state collaborative of nonprofits working to create an inclusive economy released a report outlining the ways in which state systems of debt collection and fines and fees drive consumers into bankruptcy and deepen poverty. The report, titled Enforcing Inequality: Balancing Budgets on the Backs of the Poor, finds that problematic policies around both consumer debt assignment and debt collection target low-income communities, as well as communities of color.

The collaborative, which includes the California Reinvestment Coalition (CA), the Maryland Consumer Rights Coalition (MD), Reinvestment Partners (NC), and Woodstock Institute (IL), looked at consumer debt in their respective states in this report. Americans owe more than 26 percent of their annual income to consumer debt, which includes non-mortgage related debt such as credit cards, auto loans, and student loans. The existing racial wealth gap contributes to non-white borrowers having more consumer debts in collection, a higher debt load, and more student debt than white borrowers. The report found that, in some states, more debt collection actions take place in areas that have large communities of color than in areas with more white residents.

The report offers policy recommendations to overhaul a myriad of debt systems and collection processes, ranging from vehicle ticketing to wage garnishment practices.

“Getting tickets is part of city living for most drivers, but our research shows that ticketing and fines and fees hit lower-income and minority communities harder than upper-income and non-minority communities,” said Brent Adams, Woodstock Institute’s Senior Vice President of Policy and Communication.  “This disparate impact traps too many lower-income Chicagoans and Chicagoans of color in a cycle of debt, making it even more difficult for them to overcome obstacles to achieving and maintaining economic security. The findings in this report are alarming enough to warrant an audit to determine whether bias underlies these disparities.”

“The collection of civil and court fines and fees debt can perpetuate a debt trap and a cycle of poverty for communities already disproportionately impacted by our criminal justice system,” said Paulina Gonzalez, Executive Director of the California Reinvestment Coalition. “California and other states should immediately cease the use of private debt collection agencies to collect on this debt, especially since the revenue gained by this practice is minuscule, and these agencies are largely unregulated, leaving people with few, if any, protections from abuse, further impacting poor people and people of color.”

“Our research finds that a debt spiral may be created for many low-income people of color facing criminal convictions, even minor traffic infractions,” says Quisha Mallette, Community Advocate at Reinvestment Partners. “Court costs are imposed regardless of ability to pay. If someone fails to pay court costs, the consequence is often driver license revocation. Without a driver license, that person may struggle to make ends meet. And so, with a few financial missteps, the pile of debt continues to grow.”“Our research finds that Maryland debt collection systems disproportionately affect communities-of-color; there are more debt collection cases filed, at higher rates, and a greater number of garnishments that are filed in majority Black communities. As a result, the economic policies of our state deepen poverty and widen the racial wealth gap,” says Marceline White, Executive Director of the Maryland Consumer Rights Coalition. “This is particularly true for state-owed debt, which has few protections for consumers; there, the State extracts wealth from low-income residents by any means necessary.”

Key findings from the report include: 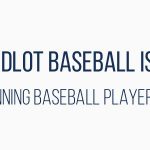 SANDLOT BASEBALL IS COMING TO RIVERSIDE 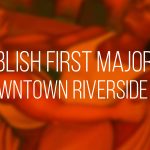