A report from the New York Federal Reserve early this year revealed that millennials now hold the most debt in the country escalating to over $1 trillion. In the last 5 years, the debt has increased by 22 percent more than any other generation in history. Millennials are people currently between the ages of 23 and 38 and as they grow older, they typically become increasingly reliant on conventional debt producers for instance credit cards and mortgages.

Of importance as the debt itself, is how the millennials are able to better manage their economic choices which vary from the expectations. What the debt balances are not showing is the fact the millennials are much more conservative. In fact, when compared to the previous generations, millennials are more fiscally conservative. The United States millennials have experienced what I’d like to call a subtle and cosmic duality of yin and yang just like all the generations ahead. For a fact, most people are still on a recovery road from the global economic crisis of 2008, however, thanks to the social media, displays of tremendous wealth are now more visible than ever.

The current millennial generation, despite the humongous debt, they have had their share of good fortunes. For instance, millions have benefitted from the dramatic advances in health care. Despite that, a fair number has lived through an opioid epidemic that seems to be the number one killer in the United States. Millennials have also lived through and largely contributed to the technological advances, but at the same time, they have to reconcile with the fact that the United States government has led a 29-year-old global military action, prompting both ethical and financial reconciliation from the side of the millennials. All these actions have led to this group being much more conservative with their money.

Experian reports that with more millennials now in their 30s, they are on a very quick pace to hold more average mortgage debt than any other of their peers. In the first quarter of 2019, millennials are reported to have had an average of $222,211 in mortgage debt. This represents a 5 percent increase from the same period 2018.

When it comes to the growth in mortgage debt over the past one year, millennials undoubtedly had their mortgage balances grow more on average than most of the generations.  The mortgage balances for this group grew an average of 5% which was the second highest growth rate, following members of the Generation Z, who saw their averages growing by 15% since Q1 of 2018.

One other significant behavioral difference between the Generations is the higher levels of retirement savings among the millennial populations than with any previous generations at the same age group. Comparing the statistics with the Gen-X-ers, who had acquired about $13,600 at around Q1 of 2018, millennials have saved an average of $15,500 in retirement accounts. Data also shows that millennials have committed more to higher education. Between years 2001 and 2006, the number of people falling between ages 25-29 with at least a four-year degree grew by 25 percent. Still in mortgage matters, members of Gen Z, those aged 22 and younger, increased their mortgage balance to $138, 193, remember in Q1 of 2018, they had the lowest mortgage balance standing at $120,209.

Economists argue that increased retirement saving and the fact that millennials are getting addition education are behaviors all pointing to a conservative investment strategy, especially when paired with lower credit card debt. However, these changes cannot be quantified. Another significant departure in this generation’s spending is that there is a delayed effort by millennials to enter the housing market as homeowners and take out an associated debt of owning a home. Ellie Mae reports that interest rates on 30-year loans saw a drop, leading to more refinancing among the millennials.

“Savvy millennials looking to lock in lower interest rates on their mortgages have helped drive a surge in refinance activity,” said Joe Tyrrell, COO at Ellie Mae. “While the Federal Reserve’s rate cut doesn’t necessarily mean that rates on mortgages will continue to drop, we’ll be keeping a close eye on its impact on both the refinance and overall mortgage market as we do anticipate that it will affect consumer behavior, including millennials who look to lower their payments.”

Are millennials better off

I don’t think it would be enough to measure success of this complex generation on the basis of acquisition of homes and other assets. This is the same approach that is based on the relative perspective of an older generation’s measure of the ‘American Dream.’ I also think the older generations have led millennials down a path of economic uncertainties.

Which is the primary reason why millennials today are showing reluctance to commit to such long-term debt. Another reason being the true economic return on homes. If you think about it, homes return little more than the rate of inflation, when we factor other things like taxes, insurance and even the general maintenance, investment in homes become even less attractive.  That among many other behavioral changes, combine with the economics of the environment is that Millennial’s average net worth is about $90,000, lower than the $130,000 of the Gen X.

The Power Is Now Inc. is committed to consumer advocacy especially related to housing and mortgage lending. We will continue to bring news and events that will help you identify the opportunities to create wealth and the challenges that may rob you of your wealth and the ability to create it.  We want the government to be the wind at our back to help Americans instead of a head wind in our face that may prevent many consumers from moving forward and building wealth. We are a media company promoting homeownership as a reality for people by educating them and inspiring them with knowledge on how to do it; because they can.   We have also partnered with First Bank to provide the products and programs that First-Time Homebuyers need to buy a home now because tomorrow it will be even more challenging. Go to www.neverrentagain.com and get started today with your American Dream of Homeownership.

The Power Is Now!

The views and opinions of Eric Frazier, the Power Is Now and its affiliates, do not necessary reflect the views of the First Banks.

Lenz, Jimmie. “This Is How Much Money US Millennials Owe Already.” World Economic Forum, 18 Mar. 2019 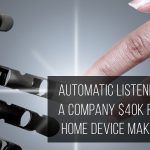 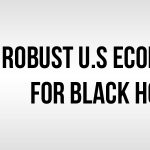 Robust U.S Economy Not a Boost for Black Homeownership