Statement of Secretary of Commerce Wilbur Ross on President Donald J. Trump’s State of the Union Address
Because of President Trump’s leadership, we are experiencing a comeback like never before. Our great nation is strong again and Americans who need it the most are experiencing an incredible Blue Collar Boom. From renegotiating trade deals that work for Americans to a jobs agenda that has led to the lowest unemployment rate in half a century, the American Dream is being restored for millions of American workers.

The President is producing real, measurable results that are allowing families from Pennsylvania to California to have more money in their pockets, more jobs than ever before, and a level playing field with foreign trade partners that puts American jobs and workers first.The benefits of the Phase One Deal with China, the USMCA, the two trade agreements with Japan, and the renegotiated free trade agreement with South Korea are allowing American workers and businesses to compete on the world stage. African-American and Hispanic-American unemployment rates are the lowest ever, Millennials have gained two million jobs, and women have secured 72 percent of all new jobs in 2019. Real take home pay for middle class families has grown by $5,000 in only three years.

The Commerce Department is proud to work with Members of Congress from both sides of the aisle, industry leaders, workers, and State, local, and tribal officials to promote America’s leadership in the global industries of the future and grow the Great American Comeback beyond anything being projected today.

Copyright © 2018 The Power Is Now, Inc
Could Trump’s impeachment have an impact on housing reforms? 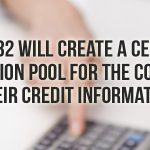 H.R. 5332 Will Create A Centralized Information Pool For the Consumers To Check their Credit Information For Free