California voters will once again return to the ballots, on November 6 to vote on initiatives that would allow California Cities and counties in the state to adopt stronger, stringent rent control laws which would limit the amount by which the landlords are allowed to raise the rents each year. The initiative comes under Proposition 10 and the backers have garnered enough signatures to qualify the initiative for the upcoming ballot. Proponent behind the proposition seem ready enough to push the initiative to the ballots, Christina Livingston, a tenant rights activist and a strong proponent of the initiative said;

“Low-income people and working class communities are experiencing it, not just in coastal cities but in the Central Valley — everywhere in California.”

What the initiative will do

The initiative is aimed at repealing a 23-year old state law which sets tighter limits on all forms of rent control all across the state of California. The Costa-Hawkins Rent Housing Act of 1995 said that any regulation passed after February 1995 would not apply to large amounts of housing stocks, which included the new apartments buildings occupied after that date, single family homes, duplexes and condominiums. If the local housing authorities were to, in any way increase rent for the tenants, they would only do so for the building built before that year.

However, many citizens across the state of California, from Santa Monica to Los Angeles and San Francisco had already, in the 70s and 80s adopted the local rent control regulations. What the Costa-Hawkins rule did is that it froze all the rules in place and prevented them from being changed. A repeal of the law would only mean that cities and the counties seeking to adopt the new rent control measures would be able to apply limits on rent increases to any housing of their choice. Moreover, a repeal of the law would allow the counties to change or strengthen the existing local rent control laws.

What the Costa-Hawkins law did is that it gave the landlords more power over what they could charge for their rentals. The law dictates that after a tenant vacates a rent-controlled apartment, the landlord is allowed to adjust the rent to the market prices, setting a new price for the next tenant. A repeal of the law would allow the state to change that practice and enforce more restrictive policies.

Coming into law, this new regulation, to some cities was indeed a backlash since they had already adopted the rent control laws as a response to the alarming rate by which housing grew at the time. The law was also tied to Proposition 13 whose proponents argued that rents would fail if the homeowners and the landlords paid less in property taxes.

However, as the rents continued to climb, the taxpayer advocates and the landlords saw the movement for rent control spreading.

Currently, 15 cities have adopted some form of rent control, but a vast majority of laws of this kind were adopted more than a decade ago. But as the housing market continues to grow, a new generation of housing and tenants’ rights groups have come up to bring a new wave of revolution. In 2016, some cities in Bay Area, Richmond and Mountain View became the first to pass new rent control acts. Efforts by three other cities failed amid opposition from the California Apartment Association.

No one knows for sure.

The cost of living in California is rising higher by the day. This has made it difficult in some parts of the state for the employers to recruit and even retain the skilled workforce. Rising housing cost has led to a loss of 1 million, since people are moving out of California into other states. The rent control proponents make a strong argument saying that stronger tenant protections will help the low income earners and the moderate income earners will be able to afford housing to continue staying in the county.

But opponents, including the California Apartment Association and California Association of Realtors  and other industry representatives argue that stronger rent control will interfere with the new housing construction and lead to a less tax revenues to pay for the schools and other public services.

“The heart and soul of our argument is something this radical pours gasoline on our housing crisis and makes it worse,” said Steve Maviglio, a spokesman for the opposition campaign called Californians for Responsible Housing.

The state legislative further found that a repeal of the law would likely lead to more rent control, lower rents and increased stability for the tenants, however, the economic rift in the county would be far much wider.

Construction of new rental houses could decline, property owners would be forced to remove their units from the market making the value of house decline. This would further lead to a decline in property taxes. If the proposition passes, the incentive to build or even retain housing will be diminished. Prospective developers of the rental housing may chose not to build. Rent control limits the future increases in rent, however, it doesn’t roll back the rents that are already out of reach. There is a possible probability of Prop 10 pressuring the rents upwards, if the rent control takes rental units off the market, or if it discourages more constructions. 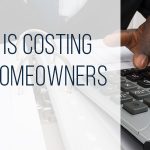 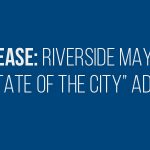