Low-interest rates seem to be such a wonderful thing in today’s economy. These low interest rates have supported steady progress towards full employment, meaning that the U.S financial system picked itself up after the crisis and is now in an even better state than before. But have these low rates somehow managed to undermine the stability and functionality of the financial system? Long periods of time with low rates have been shown to put pressure on the business models of financial institutions, as well as to lead to excessive leverage and unsustainable asset prices.

Both the financial crisis as well as the Great Recession left behind high unemployment rates and below-target inflation, thus calling for highly accommodative monetary policies. While low rates tend to support household and business spending, they can also push households to save more money. Meeting goals such as saving enough for retirement or saving up for college entices people to save more while rates are low. And while accelerator models show that investment has been for the most part consistent with economic growth, these low rates have not caused any “booms” in corporate investment. According to Powell, even though the growth has been slow, more important is the fact that it has been consistent and steady, and it has caused employment to rise consistently. Because of this, low rates are seen as a very positive thing in our economy.

Other Benefits of Low Rates

Low rates and the financial system are the reasons behind the improved risk management at one of the most important financial institutions (SIFIs). They both are also the reason for stronger regulations made to the core of the system that have made it stronger and more resilient than ever before. Due to the low rates, SIFIs are more stable and guaranteed to fund and can hold more capital and liquidity. Not only are SIFIs celebrating this, but repo markets, central counterparties, and money market funds are also performing well.

In addition to low rates, long-term nominal and real estate rates have been declining over the last 30 years. Based on one of the Board’s workhorse structure models, the future has short-term real estate rates, as well as a downward trend of inflation and term premiums in store for us. This downward trend in term premiums reflects lower inflation risk, and nominal bonds have become a good hedge against market risks. This regression of year-term premiums and inflation expectation make companies believe that there will be numerous Treasury returns as well as equity returns; these returns will factor in for a large part of the decline of the term premiums. Due to these predicted numbers and trends, many financial institutions are now required to hold more high-quality liquid assets, which might, in fact, push term premiums down even further. It is not only in the US that we are experiencing this; rates are also low globally, which indicates shifts in savings and investment demand.

What Low Rates Can Mean

Low rates have done incredible things such as bring us close to full employment, provided us with 2% inflation, and make our financial system stronger and more resilient. But low rates can also bring tradeoffs between macroeconomic objectives and financial stability. While low interest rates encourage some risk-taking, the question at hand is whether they have caused excessive risk-taking? Through buildup of leverage and unsustainably high asset prices, low interest rates may have pushed the boundaries of risk-taking to a new level. Since inflation is currently under control, financial excess has been able to push itself to the surface. There are companies that thrive from uncontrolled inflation, such as life insurers. In the last ten years, life insurers have been underperforming in the broader equity market since investors view this low-rate environment as a drag on profitability.

In the nonfinancial sector, people get concerned when leverage is too high, especially that of real estate markets. Luckily, for now, the ratio of mortgage debt to income is below its pre-crisis peak and still declining. With these low rates, corporate sectors have been encouraged to use the corporate debt issuance, while the Volcker rule is discouraging banks from holding and making markets in such debt.

Low interest rates can be considered a blessing on our economy. They have supported economic activity and brought back full employment as well as a 2% rate of inflation. These rates encourage risk-taking and higher leverage in some sectors and have isolated sectors where signs of excess are present. And the new and improved regulations and risk management has minimized tradeoffs between macroeconomic objectives and financial stability. While these are all beneficial things that have greatly impacted our economy, low rates over a long period still pose a threat and can be great challenges for monetary policy. 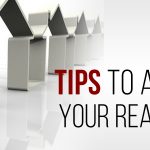 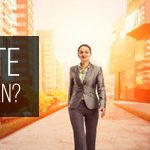 Is Real Estate a Career for Women?