While Memorial Day has turned into an excuse to have barbecues, cookouts and enjoy the beginning of summer, the real purpose of this holiday is to remember those who gave their lives, so their children could have freedom and a life of happiness and prosperity. However, there has been times in our country’s history that we have not given the proper recognition to those who have committed the greatest sacrifice.

Decoration Day, as Memorial Day was previously known, began in the South a few years after the end of the Civil War when the massive loss of lives made it necessary to pay tribute to the fallen.

Officially, Decoration Day started when Maj. Gen. John A. Logan, the commander in chief of the Grand Army of the Republic declared in 1868 that May 30th should be set for the decoration of mass graves and cemeteries. However, it was only in 1971 when the Congress approved Memorial Day as a Federal Holiday to be observed the last Monday of May.[1]

There many cities that claim to be the inspiration behind Logan’s decree; most famous of which is Waterloo, NY. The city started decorating the graves of fallen soldiers as early as 1966 when druggist Henry C. Well convinced General John B. Murray to lead a march to the local cemeteries.  President Lyndon B. Johnson recognized the city as the birthplace of Memorial Day on May 26, 1966.

Unfortunately, contributions of African-Americans are often overlooked. Harvard professor David W. Blight writes in his book Race and Reunion: The Civil War in American Memory[2] that the first Decoration Day took place on May 1st, 1865, Charleston, South Carolina, when almost 10,000 African-Americans held a celebration to give proper burial to 257 Union Soldiers.

While Blight himself could not prove that the event inspired Maj. Gen. John A. Logan to decoration day should be observed on May 30th.. The fact that such an event was forgotten is just another evidence of how African-Americans’ contributions have been shunned or minimized.  There are still large portions of Americans who remain unaware of the feats of the racially segregated Tuskegee Airmen divisions, who in over 200 combat missions never lost a bomber[3], or the sacrifice made by John R. Fox when he ordered an artillery attack at his own position to stop the enemy. It was just in 1997, almost 50 years later, when Fox’s widow received her husband’s Medal of Honor, and only in 2006 when the Tuskegee Airmen were finally awarded the Congressional Gold Medal.

As the demographics of the US Military continues to change and minority’s participation increases, so must be their recognition. Currently, 43% of male and 56% of female recruits belong to an ethnic or racial minority, many of whom had family members in who were discriminated and denied the same rights their white brothers-in-arm had the privilege to enjoy.

As such, The Power is Now salutes the men and women who serve in the military, especially the African-American and Latinos and other minorities, whose continued sacrifice has allowed the citizens of this nation to increase their wealth and prosperity and to achieve the American Dream of Homeownership. 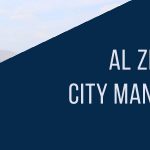 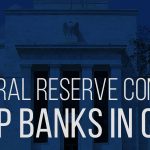 The Federal Reserve continues to keep banks in check