Black history month also is known as African-American History in the United States, is an annual observance held in the United States, Canada, United Kingdom, the Netherlands and Ireland as a way of remembering and keeping a history of important people and events in the history of the African dispora1. The African Diaspora simply consists of the worldwide collection of communities that descends from Africa’s people, predominantly in the Americas. The Black History month is celebrated annually in the United States and Canada in the month of February as well as in the United Kingdom. The Netherlands and the Republic of Ireland hold their Black History Month in October2.

February 1st marks the beginning of this important and historical month. It is a time where the Americans set aside a few weeks to focus on the contributions that the African Americans have made to this country. Americans have celebrated the Black History Month annually since 1962, first as the “Negro History Week3,4” and later as to what is known now. What is unknown to most people is that the Black History Month began a long time ago, before it was even documented or studied. Although the African Americans have been in America for at least as far back as the colonial times, it was not until the 20th century that they gained a respectable presence in the books of history.

In February 1926, a broad collection of schools and communities in the United States began celebrating the Negro History Week for the very first time. The next 50 years would be a very crucial part of the growth in scope and to develop as the launching pad for the initiatives that were designed with the sole purpose of popularizing the study of the Black History. In the year 1976, as the United States commemorated its Bicentennial5, the Negro History Week expanded to become the Afro-American History Month. Since then, the Black Community in the United States has continued to recognize an annual celebration of the Black History Month.

We owe the celebration of the Black History Month and the Study of Black history to Dr. Carter G. Woodson. He was born by parents who were former slaves and spent most of his childhood working in Kentucky coal mines, he was enrolled in high school at the age of 20. He graduated within 2 years and later on went to Harvard where he earned his Ph.D. this young scholar was very much disturbed and went ahead to study the history of Black People6.

The liberation wouldn’t come easy, the Black History Month has been a subject of harsh criticism from both Blacks and people of other races. Many people argued that it is so unfair devoting a whole month for an entire single people group, while others think that they should have the whole year to celebrate the Black History. Others feel that setting aside just one month gives people a license to neglect Black History for the other 11 months7,8. Despite the objections and some instance rejections, I strongly believe that that good can be brought out from devoting a season to remembering a people who have made innumerable contributions to the success of this nation.

Woodson established the Association for the Study of Negro Life and History in 1915. A year later, he founded the Journal of Negro History. In 1926, he launched Negro History Week as an initiative to bring national attention to the contributions of the Black People throughout American History. But why the second week of February? Woodson chooses the 2nd week of February as it marks the birthdays of two men who are important in Black American history; Frederick Douglass and Abraham Lincoln9. However, the month of February has so much more than the two leaders to show its significance to the Black American History.

James Baldwin reflected on the shortcomings of his education in 1964 and he wrote “When I was going to school,” he said, “I began to be bugged by the teaching of American history because it seemed that that history had been taught without cognizance of my presence.”

Baldwin’s thoughts closely echoed the thoughts of Dr. Woodson. These two gentlemen witnessed how Black People were underrepresented in books and in conversations that mattered to them. At the time- and even though the situation hasn’t changed so much- many history books ignored African Americans contributions as if they were barely a part of the history of America.   Therefore, it was important to form an organization such as the Association for the Study of African American Life and History, to teach Black History as a discipline.

Woodson said, “If a race has no history, it has no worthwhile tradition, it becomes a negligible factor in the thought of the world, and it stands in danger of being exterminated,”.

The revolution that the Association for the Study of Negro Life and History has brought is the driving demand for Black History teaching materials and is spurring formation of the Black History Clubs. Black History Month is continually being accepted into our society, with a wide view of not celebrating a race, but a history. 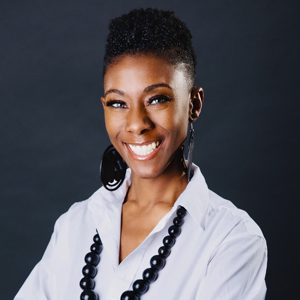 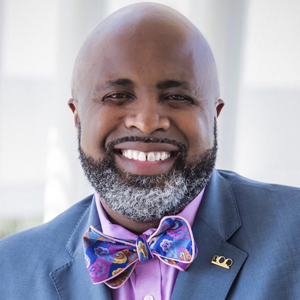