Seven years ago, California drafted an action plan that would pave way for a new generation of homes and last month, we covered these homes in detail, what they are and their impact on socio-economic balance to the people of California. Well, the efforts to make sure that California is sustainable and energy sufficient are just getting started.  Governor Gavin Newsom’s (D) 2020 budget proposes to include a $1 billion, four-year program that encourages new approaches to protecting the environment.

The plan involves providing low- or no-interest loans to small businesses, this will make capital more accessible to companies, nonprofits, and communities that have innovative climate change combat ideas, but have no funds or financial muscles to pursue them. The proposal is meant to encourage small players with smart ideas to fight the climate crisis.

The Climate Catalyst Revolving Fund would provide seed money for the small players with novel ideas on; environmental infrastructure, climate-positive land use, and low-carbon transportation. Supposing the program spurs an environmental innovation and makes California more carbon-neutral, it could be replicated elsewhere which is a good thing because right now, the world needs saving.

“California is the world capital of innovation,” Newsom said in a statement. “But as we grow, we must demand that the benefits of this growth be widely shared by workers and small businesses — not just those with access to huge amounts of capital. This fund aims to level the playing field as we build a greener, cleaner economy.”

This is an ambitious goal for the state which has aimed to be carbon-neutral by 2045. Such a boost would help cultivate new technologies to reduce the release of carbon dioxide and other emissions, as well as find new ways to capture greenhouse gases so that the state achieves a zero net release.

“We’re a leader state on many issues,” Kathryn Phillips told WhoWhatWhy. “If we can make a loan fund with substantial money from the state work in a way that gets a real reduction in climate pollution, then that is a model that can be used in other places.” “This is a pretty clear demonstration that Newsom is very committed to finding solutions that will help us accelerate climate-pollution reductions,” said Phillips.

What I love about this plan is that the loan will use a “revolving plan” structure. This simply means that the earnings from successful loans will be used to fund new projects, creating an expansion room for the fund to increase in future investment opportunities. The loan will be financed through the California Infrastural and Economic Development Bank.

Over the next 5 years, the total investment in environmental projects will be 12.5 billion, including $66 million to protect fish and wildlife, $35 million to clean up Tijuana river and millions more for other environmental-related projects, like smart climate agriculture, outdoor education, state parks, groundwater management planning, fish hatcheries, pollution-capture devices, and disaster relief services.

“As a responsible member of the global community, the state must reduce climate risk, especially in the most climate-vulnerable communities,” the budget states.

In efforts to arrest climate change, California is already a global leader. However, this new proposal by the governor fills in a different role according to Kirsten Snow Spalding, the director of the investor network for Ceres. While she agrees that the cap and trade dollars have helped pay for significant projects in some targeted communities, this new funding could actually bring up infrastructure projects, for instance far enough along for other investors to feel the need to step in. “For institutional investors, there’s some risk in investing in climate solutions,” Spalding said. “Having the revolving loan fund will help incentivize private money to flow into infrastructure and projects.”

Even though the state has made some remarkable progress, the efforts fall short because the beneficiaries are limited to only a few sectors, such as the large-scale generation of solar power for wealthy households. This is where this proposal is different because it focuses primarily on making innovative climate solutions accessible to everyone and to increase involvement by the private sectors.

“We need to do this as a whole world, but the good news is that California hasn’t waited for the whole world to take action,” said Phillips. “We’ve been a leader and created our own path.” 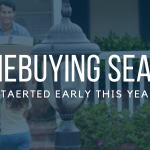 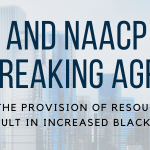