Ten years ago, Greece fell on its knees and surrendered to probably one of the worst debt crisis the country will ever face. A crisis that threatened to sweep away most of its economic, social, political and economic progress it had achieved after gaining its democracy from the military dictatorship in 1974. Greece’s economy fell sharply by a quarter, unemployment rates soared pushing Greece to almost crash out of the Eurozone. The crisis ultimately tore the very essence of society and demolished one of the two political parties that have alternated in power since the return of civilian rule.

In its annual assessment of the Greek economy in 2017, IMF noted that Greece should deepen and accelerate reforms, which together with the debt relief, are needed to allow the economy to return to a sustainable growth path. Undoubtedly, the country has made remarkable progress in reining in its fiscal and external deficits, despite this being a very heavy burden on society. The journey to recovery began roughly four years ago, under the leadership of Prime Minister Alexis Tsipras and his Syriza party. The country has been inching back on a positive growth trajectory. Populist movements lost their impulse, and the country’s relations with its neighbors and allies have since improved.

Despite his remarkable efforts to restore Greece, Tsipras successes didn’t translate to popularity. On July 8th the country woke up to the news that the opposition leader Kyriakos Mitsotakis and his center-right New Democracy party had defeated Tsipras in a landslide. Even though the Tsipras era might have catalyzed Greece’s recovery, the country is still far along on the recovery road. The challenges ahead remain to be huge, but there is still an occasion for optimism.

Today, on the face of so many things, the emergency is very much over and Greece’s economy is bright. The authorities have lifted capital controls, which were imposed about 4 years ago. The 10-year bond yield touched an all-time low in July last year and consumer confidence is at its highest since 2000. one of the most impressive aspects of Greece’s recovery is the resilience of its democracy. Most people [outsiders] claimed that at the onset of the crisis, Greece was at risk of succumbing to the rightwing extremism and even becoming unmoored from the western alliance system.

U.S. Secretary of Commerce Wilbur Ross referred to the Greek economy’s impressive return to a path of growth during a speech at an event held in the context of the 21st Annual Capital Link Invest in Greece Forum in New York on Tuesday. The secretary was speaking at a dinner held to present the “2019 Capital Link Hellenic Leadership Award” to a prominent investor John Paulson. Thanking Greece’s prime minister, Mr. Ross noted that Greece’s pro-investment policy has significantly contributed to this marvelous success. “None of these positive results are a coincidence. Everything reflects the Mitsotakis government’s entrepreneurial policies,” he said.

The secretary also noted that he was looking forward to welcoming the Prime Minister to Washington, as Mitsotakis is scheduled to meet U.S President Donald Trump on January 7 at the White House. Mr. Ross described Greece’s recovery through a series of economic indicators. At the same time, he was very optimistic about the future of Greece stressing that Athens must remain committed to the reform effort.

According to the report, the recovery is projected to strengthen in the near future. Unemployment has declined as the output gap closes. However, the external and domestic risk is tilted to the downside, including from slower trading partner growth, tighter global financial conditions, regional instability, the domestic political calendar, and risks of reform fatigue. The secretary of commerce referred Greece’s upgrading by international rating agencies and didn’t hesitate to predict that Greece’s credit profile could improve even further in the next two years if the government continues with its reform efforts.

Mr. Ross termed the growth performance as impressive, given that the Greek economy still carries the burden of producing high primary surpluses of 3.5 pct of the GDP. In this context, he referred to other EU member states that are experiencing growth difficulties, despite the stimulation of their economies due to large primary deficits. 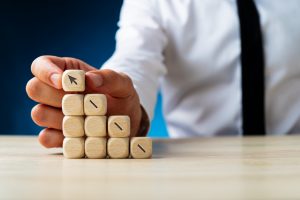