A June 2016 study by Pew Research Center showed that homeownership rates for blacks stood at 43% compared to 72% for whites. The study took into account factors such as education and income where African Americans were identified as earning less than their white counterparts of equal education.

The 2016 Pew Research report also indicated that homes owned by African Americans tend to appreciate more slowly in value than those owned by whites. There are also more foreclosures in the black communities than there are in other communities.

The disparities in home ownership have been the result of redlining or neighborhood segregation – a trend that involves locking out communities with a high percentage of African Americans from mortgage financing.

Wells Fargo aims to bridge this gap by providing funding and supporting the variety of initiatives that provide financial education and counseling to these communities. The lender has also promised to increase the diversity of its lending sales team to ensure full coverage of the targeted localities.

This is not the first minority to benefit from such an initiative; in 2015, the lender committed $125 billion towards encouraging homeownership among Hispanics.

The $60 billion lending goal by Wells Fargo is meant to help African Americans build wealth through homeownership and therefore boost economic growth. Such initiatives will make it possible to minimize the current gap in the market and achieve diversity in the projected 14 million new homes by 2024.

According to the U.S. Census Bureau, 75 percent of these new homes will be diverse, with African Americans representing 17 percent of the largest segment. If these projections are to be achieved, more lenders need to emulate Wells Fargo in opening up lending doors to black communities.

These institutions have been instrumental in the advocacy of equal opportunity in homeownership among minority groups. Their collaboration with the lender will, therefore, be pivotal towards the realization of the homeownership dream for many African Americans.

Ron Cooper, the president of the National Association of Real Estate Brokers, has applauded the move by Wells Fargo and has expressed intent to welcome the lender into NAREB’s program that targets providing homeownership to two million African Americans in the next five years.

With these institutions working together, the soaring homeownership gap is expected to decline drastically as more qualified African American consumers become homeowners.

In regards to low home appreciation in black communities, the plan by Wells Fargo and other partners will enable the buyers to access homes in areas with high appreciation rates. The low appreciation rates have in the past been associated with racial discrimination, with a study by Gregory D, a sociology professor at George Washington University, showing low home uptakes by whites in areas with substantial representation of African Americans.

The black community should take advantage of the Wells Fargo deal to invest in homes outside their predominant areas if they are to benefit from high equity gains. With the lender setting aside $15 million for public financial education and counseling, African American home buyers have an opportunity to learn the best ways to invest in a home.

Homeownership is a major component of the American dream, and every American has a right to equal opportunity. The Power Is Now has been on the frontline in ensuring that African Americans and other minority groups are not left behind in homeownership.

We have a variety of mortgage program and products that can help African Americans and Latinos get into a home with little to no money down. As a mortgage brokerage, we are not limited to Wells Fargo – or any bank, for that matter. Banks have limited products and programs and many credit overlays that deny access to credit for minorities. As a mortgage brokerage, we work with wholesale lenders, who do not have credit overlays and who underwrite strictly to HUD, Fannie Mae, and Freddie Mac underwriting guidelines.

If you are serious about buying a home and you are a minority, your chances of achieving your goal are 1000% better by working with a brokerage than with any bank or financial institution. The $60 billion for African Americans and the 125 billion to Latinos that Wells Fargo has pledged is a great public relations play and has garnered a lot of press. Unfortunately this pledge will never come to fruition, because the bank is not making loans to African Americans or Latinos. If you do not believe that, just check The Home Mortgage Disclosure Act (HMDA) Data and look at the history of Wells Fargo. History does repeat itself. 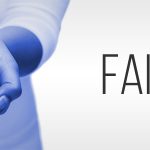 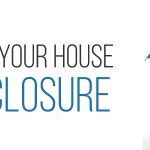 How to Protect Your House from Foreclosure