As a person working in the mortgage industry, most probably, you already have a clear picture and unpleasant memories of the great recession of 2008. The first and obvious signs of the recession were amiss and actually took place two years ago, 2006. This was the time that the housing prices started to decline. In August of 2007, the federal reserve added $24 Billion to the banking system and by September of 2008, the congress approved $700 billion to bail out the banks. For most people, this was a time that they will never forget.

Mortgage rates will remain low in 2020. Affordability will remain a huge problem for the homebuyers and Baby Boomers will remain in their homes and build equity that they won’t borrow from. However, people will be preferring to buy into conventional loans, rather than continuing with the norm, buying from FHA. In most places, the real estate market will be dominated by the sellers, the first time homebuyers will be particularly at a disadvantage because there aren’t enough starter homes to go around.

For a fact, the mortgage industry’s cycles are very dynamic. The business tends to face the same risk over and over again. In today’s market, liquidity, credit, operations, and compliance tend to be the key risk which the mortgage lenders have to manage on a daily basis. So, what should we be expecting all year long?

Mortgage rates are expected to remain around the same low levels all through 2020 as 2019, when they averaged about 4% APR, according to the data provided by the NerdWallet daily survey of the national mortgage lenders. Data from Freddie Mac, Fannie Mae, the Mortgage Bankers Association and the National Association of Realtors predicted that the mortgage rates will end 2020 within a quarter of a percentage point higher or lower of where they end in 2019.

Inflation will also remain mild, trade tensions will ease and the Federal Reserve will cut short-term rates once or even twice. Generally, we should not be expecting any turbulent winds through 2020 despite it being an election year, in fact, that should be the reason why we should not expect much movement in the mortgage rates.

Buyers will have a very hard time finding homes

There is already a housing shortage in the country. The low inventory is expected to continue through 2020 and even beyond. “Inventory could reach a historic low as a steady flow of demand, especially for entry-level homes, and declining seller sentiment combine to keep a lid on sale transactions,” according to Realtor.com’s 2020 forecast.

There are simply not enough homes being built to house young adults who want to move out and live on their own. According to the census bureau, a little over 2 million households were expected to be in supply in 2018, yet builders began their construction on just 1.25 million housing units that year. Even if there are housing units, their prices are not suitable for first-time homebuyers.

Mortgage rates are very low which favors the buyers, and on the other hand, there is an influx of buyers that favors the sellers, but 2020 will see sales stagnating. The problem isn’t only a shortage of homes for sale, it is also problem affordability. The potential buyers outnumber the sellers of homes costing between $150,000 to $400,000 and the opposite is true for the homes costing over $500,000. For the homes falling in the $400,000 and below the bracket, the supply roughly equals the demand.

In most states, the house affordability crunch has sidelined most first-time homebuyers. In 2019 and 2018 alone, the first time homebuyers accounted for 33% which is below the historic average of 39% achieved in 1981. NAR expects an increase in home sales in 2020, however, not because of the big supply of low priced homes, rather sales will accelerate because of the low mortgage rates and rising incomes.

Homeowners will stay, not sell

Another trend that you will see in 2020. According to Redfin, a typical homeowner stays in their homes for 13 years. In 2010, a typical homeowner stayed in their home for eight years. Earlier, people used to move every six to seven years because of a change in life, for instance having children and needing a bigger home, or even getting a new job. However today, people are not citing those as reasons to move. In 2019, however, the most commonly cited reason for selling a home was to move closer to friends and family according to a survey done by NAR. If that remains to be the top reason why people will move out, people may not be in a hurry to make it happen.  Baby Boomers are not moving out, therefore Millenials will just have to wait for the Gen Xers to move out.

Borrowers have a broader selection of the FHA Lenders

FHA Loans are becoming unpopular and big banks are cutting back on underwriting FHA loans over the past few years because of the perception that the federal government punished the banks severely when they made errors. To fill that gap, non-bank lenders had to step in. However, in an effort to encourage big banks to resume FHA lending and provide competition, the Department of Justice and Housing and Urban Development have announced that they will “ensure that the severity of certain violations is matched with the appropriate remedy.” 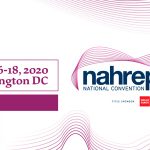